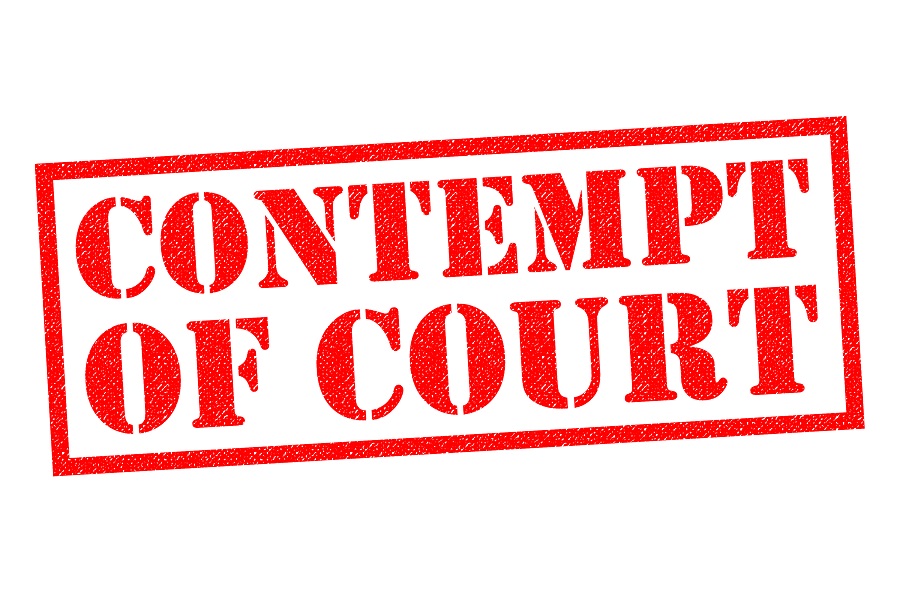 So for all of you loyal readers out there, you know that last week I discussed what contempt is. This week I am discussing when it is proper to use contempt.

Let’s say your divorce judgment says that your spouse has to pay you $10,000 to buy you out of the home you had when you were married, and the spouse refuses to pay. Is it proper to file a contempt? The answer is a surprising no.

Let’s say your court order says the parents alternate weekends, but doesn’t say what time you exchange the kids. However, the parties have put it in writing themselves that they will exchange the kids at 6:00 and have been doing that for a year. Now one parent refuses to exchange at 6:00. Is it proper to file a contempt? Nope.

How about when the court order says if one party receives a bonus from their job, they have to pay a portion to the other for additional support, and they don’t pay it. Surely you could file a contempt on that, right? No.

So when the heck can you ever file this contempt thing? There are only about a handful of instances where a contempt is proper. In order for a contempt to be proper the order must be extremely specific. So for instance, in the bonus money example I gave, a skilled lawyer for the person receiving the money would ensure that the order not only says to pay the bonus, but also to do so within 10 days of receiving it, or some other specific directive. Same for the example with the exchange of the children. The more specific the court order, the easier it will be to enforce it.

However, with regard to the example about buying the spouse out of the house, regardless of how that order is drafted, a contempt will not be proper because old constitutional principles die hard, and our constitution guarantees us the against being imprisoned for owing money ( the courts have made an exception for child and spousal support).

The most common reason to file a contempt is when there is a court order for child support or spousal support, which states the exact amount to be paid, and when to pay it. Similarly, if you have a specific order for visitation such as a parent has visitation every Saturday from 12-8, a contempt would also be proper there. If your order says “alternating weekends”, that can be problematic for enforcement purposes.

So, as you can see, the way an order is drafted becomes extremely important when you need to enforce that order. Therefore, its best to have an attorney who has enough fore-thought to draft the order that gives you the most protection when it’s time to enforce the order. For those instances where contempt is not proper, alternative remedies need to be built into the order. After all, what good is a court order or agreement if it cant be enforced?

If you would like to consult with an attorney who understands the importance of every line and word of a court order and who has successfully defended and pursued family law contempts, please call Moore Family Law Group at (951) 463-5594.