What Is A Military Divorce?

A military divorce is a type of divorce that happens when one or both of the spouses are part of the military. Although not any less unpleasant than a civilian divorce, it may be more complicated because of its nature. It involves unique circumstances that may not exist in a divorce between non-military members of society. Having at least one spouse in the military will inevitably present some issues in certain areas like the time and place of filing for divorce, child custody, and pensions.

Contrary to what some people might think, a military divorce is not a type of special procedure that is conducted in a military court. Similar to any other divorce, the proceedings are also done in a civil court. Only that, a military divorce involves at least one spouse who is part of the military. Given the nature of a service member’s job, special circumstances may arise such as issues with jurisdiction or where the divorce can be filed, child custody and support conflicts, as well as disagreements regarding retirement pay and benefits. It may be necessary to seek the assistance of a military divorce lawyer to ensure that the divorce proceedings can go as smoothly as possible and that your rights and interests can be protected. 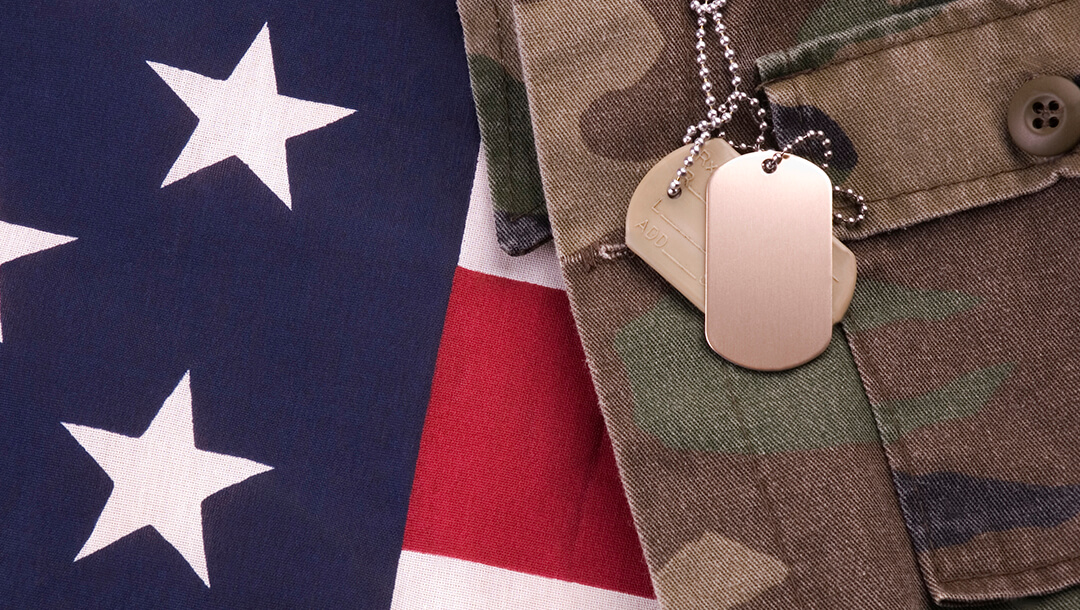 How Military Divorce Is Different

Marriage life is different for each couple. Spouses that spend most of their waking hours together may experience some issues and difficulties that might become too intolerable. This could lead to a decision to dissolve the marriage and go their separate ways. However, this may also be the case for spouses who don’t have much time to be with each other.

Members of the military are at times deployed to far away places for a long period of time. This may eventually make their married life bumpy and cause conflicts with their spouses.

Facing a divorce can put you under a lot of difficulties, whether you are a civilian or in the military. Each divorce case is unique. However, there are several factors that make a military divorce different from a civilian divorce. A military divorce lawyer can help you fully understand any special circumstances that may arise if you’re a service member or a service member’s spouse wanting to file for a divorce.

It Could Take Longer

A non-military divorce may be subject to lengthy proceedings because of many possible factors. In contrast, military divorces can even take longer The length of time it takes to conclude a divorce proceeding will still vary depending on the circumstances of the spouses. The military spouse getting deployed can play a big role in the amount of time spent settling the divorce process. A military divorce lawyer can shed some light and provide the specifics for you.

Where To File Divorce

A non-military divorce petition is usually filed where one of the spouses resides. This could pose a problem for a service member, especially one who is deployed. The service member may need to stay in a different state from where their spouse resides or they may be stationed somewhere else for a long period of time.

If you are in the military or your spouse is, and wishes to file for a divorce, you can ask for the assistance of your military divorce lawyer in considering the following options where you can do so. In California, the state can only finalize the divorce if

After you determine if California can finalize the divorce petition, the next possible issue to settle is child custody.

Courts make judgments based on the best interest of the child when deciding on matters like child custody. A judge makes careful consideration based on what would best serve the children involved. There may be misconceptions that spouses in the military usually don’t get custody of a child because of the nature of their job.

There are times when judges may award child custody to the military spouse who is not deployed somewhere if it proves to be beneficial for the child involved. Service members sometimes have to be stationed on various bases and plenty of conditions might make a lot of things difficult for their children.

However, a service member may argue that most military posts are located in areas with excellent schools and facilities that will provide a decent life for their kids. Simply being in the military doesn’t mean that a spouse will have fewer rights over the custody of their child. It is best to consult with a military divorce lawyer to decrease the risks of losing child custody.

After tackling child custody, you may opt to discuss support payments and pensions with your military divorce lawyer.

Similar to a non-military divorce, a military spouse may also be ordered by the court to provide child and spouse support. There are many factors considered before awarding anyone spousal support and it can still be dependent on the number of people that a service member has to support.

However, the Consumer Credit Protection Act (15 U.S.C. § 1673) states that the maximum amount of support or alimony that can be deducted from the service member’s earnings will be 50% to 65%.

In addition, the Defense Finance and Accounting Service (DFAS) provides guidelines that must be followed. It is advisable to obtain advice from a military divorce lawyer to help you understand the process and prepare the needed documents.

The divorce proceedings may present particular difficulties. Depending on where you file, there may be different laws and regulations that might apply to you. With a military divorce lawyer at your side, you may be able to minimize, if not avoid, any confusion or obstacles when filing. As a member of the military or as a spouse, you save a lot of time, stress, and money by understanding what you need to go through.

There are benefits to seeking the assistance of military divorce lawyers. For example, you can better understand how to deal with issues like child and spousal support, child custody, benefits and retirement pay, and tax considerations.

That said, a finalized divorce will have certain consequences on the benefits given to a service member and their spouse.

Effects Of Military Divorce On Benefits

Going through any kind of divorce can take a heavy toll on anyone. There are plenty of things that need careful consideration, like division of property, child support and custody, and sometimes even benefits. A spouse going through a military divorce might go through similar issues, especially when it comes to retirement pay and benefits.

A former spouse of a service member may be entitled to retain some benefits or lose them. It is also possible that one is awarded a new benefit or a share in the retirement plan. If not handled well, this may lead to a lot of disagreements between the parties. It can also cause both physical and emotional damage to not only the couple but their children as well.

A military divorce lawyer can walk you through the kinds of benefits that may be affected under a divorce proceeding. Some benefits can be influenced after a divorce from a service member.

A thrift savings plan is a contribution plan similar to a 401k but is offered by the military. The TSP, just like most retirement plans, is considered a divisible asset in a divorce and this can be transferred into another account, like an IRA.

The post-9/11 GI bill is an educational benefit granted to those who have served for at least 90 days after September 10, 2001. The benefit can grant money to pay for tuition and other school fees, allowance for housing, and even money for books. The payment, however, still depends on the length of your service.

This benefit is provided to a service member, but can also be transferred to the spouse or the children after certain conditions are met. A divorce does not necessarily change anything in the status of this benefit as long as the service member agrees to it.

Family housing is normally provided to a service member and their spouse. However, a divorce changes the status of this. Once a divorce is final, a family has to vacate the family housing that was given to them in 30 days.

It is interesting to note that the government has made specific provisions to protect the rights of a service member, especially when it comes to divorce. 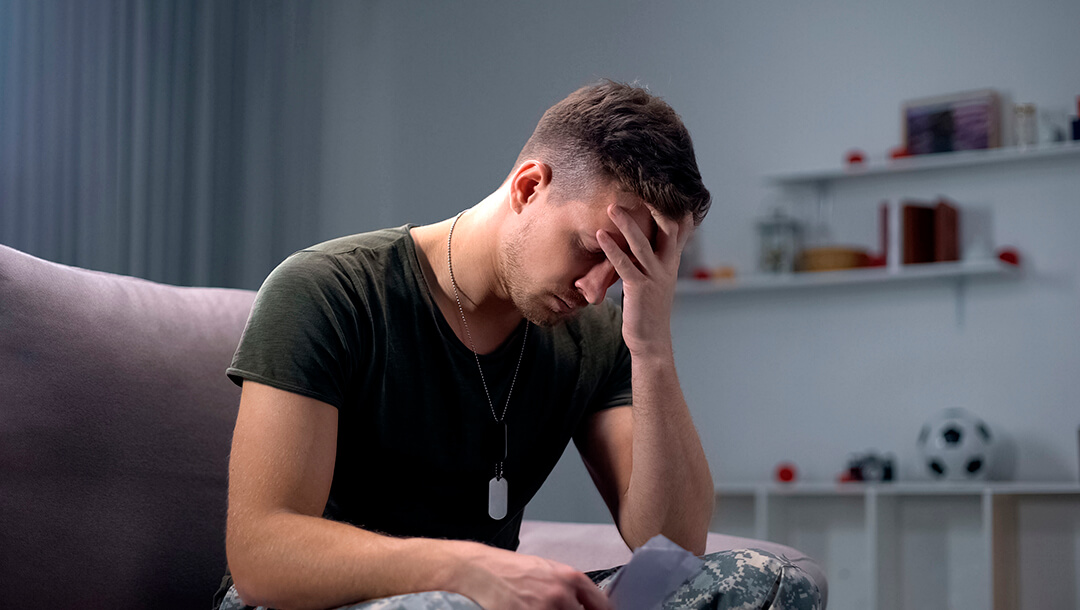 The SCRA or the Servicemembers Civil Relief Act is created to provide legal and financial assistance to service members. It aims to protect their rights so they can put their entire focus on serving the country. Even during a divorce proceeding, a service member may be able to use the SCRA to ensure that their legal rights are being protected. There are several instances when SCRA can be invoked:

Asking for a military divorce lawyer’s assistance can help you better understand what your rights are and how you can use the Servicemembers Civil Relief Act better. If you are on active duty and your spouse wishes to divorce you, the SCRA can be used to delay proceedings which could lead to a more favorable outcome for you.

The same is true for issues related to child custody. The Servicemembers Civil Relief Act can prevent courts from issuing default orders in your absence. This may sound troublesome for civilian spouses because they have to wait longer before finalizing the proceedings. However, this law exists to ensure a fair process for both parties involved.

What To Ask Your Military Divorce Lawyer

When going through a divorce, it is essential that the parties involved understand factors that relate to it, as well as possible consequences they may have to face during the proceedings. Having a military divorce lawyer can help you further comprehend the implications of this legal procedure. Here are some questions you can ask your military divorce lawyer:

How Having A Military Divorce Lawyers Helps

A military divorce, like any other separation, can be a fierce battle to decide on many things. Different aspects like division of property, retirement pays and benefits, child and spousal support, or even child custody are taken into consideration. It can be a horrible experience that may be best done with an experienced military divorce lawyer.

This kind of careful consideration is not only beneficial for the spouses but can be very helpful for their children as well. Children of parents who are going through a divorce might experience difficulty both physically and emotionally.

It is vital that parents do their best to ensure that the kids’ best interests will be seriously considered. There can be fierce fights over child custody or support. This is an important reason why a military divorce lawyer that is experienced in handling such legal proceedings is highly important.

Moore Family Law Group understands the difficulties that come with separation from your loved ones. Divorce proceedings are serious situations that must be faced with not only the utmost care but also an effective strategy. The firm has lawyers experienced in handling military divorce and they can represent your best interests.