A Prenup With The Premarital Agreement Attorney In Newport Beach

You may consult a premarital agreement attorney in Newport Beach before you sign your marriage certificate. Why? There are a lot of changes in your life when you get married. One of these involves your real property and financial assets.

Before, many assumed that only those with higher economic status need a prenup when they marry a lower financial status partner. But since the amendment of the provisions of the law, more and more couples have employed this method. So to protect your property rights, give a call now to a premarital agreement attorney in Newport Beach.

Why Is There A Need For A Premarital Agreement Attorney In Newport Beach?

When you hire a premarital agreement attorney in Newport Beach, you are confident that every detail is scrutinized and analyzed. You can understand the legal jargon, so the details are clear to you. Also, every couple’s situation differs, so you will have a customized agreement that fits your needs.

With this in mind, partners prefer a prenuptial or premarital agreement to protect the family business, inheritance, or personal wealth. But what does the California law say? Again, better ask a premarital agreement attorney in Newport Beach to answer your questions and clear your doubts. 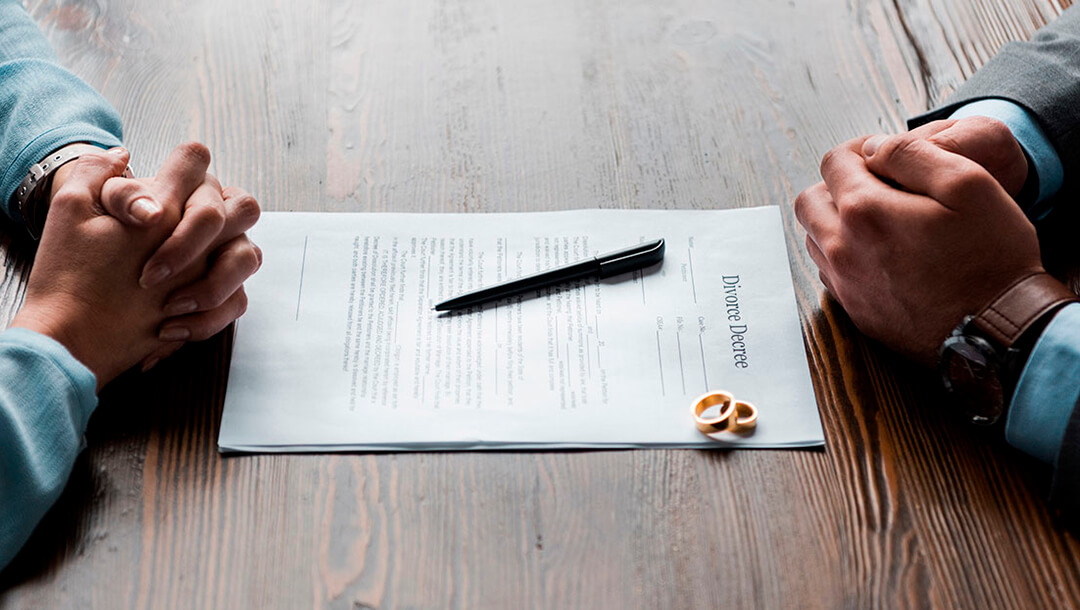 What Is A Premarital Agreement?

A premarital agreement is a modern name for a financial and property contract between two people before getting married. It is also known as a prenuptial agreement or prenup for short. It defines the property rights of each partner before after marriage, when they get a divorce, or when one spouse passes away.

You may think that you don’t need a premarital agreement right now. But, looking ahead in the future, in the event of a divorce or death of a spouse, it can protect you, your property, your hard-earned savings, and your financial assets. Further, if there are other claimants, it specifies the sharing of property among surviving family members.

Why not discuss the matter with your premarital agreement attorney in Newport Beach and learn the other benefits it gives you and your finances. Then, they can draft an agreement and negotiate the details so it will be fair to you and your future spouse. In addition, it avoids a lot of disagreements later when you decide to acquire or dispose of property during the marriage.

What Is The Purpose Of A Premarital Agreement?

Couples with prior marriages draft a premarital agreement to ensure their children receive their rightful inheritance. They can pass their separate property when they are gone or when they divorce to their respective children. It avoids litigation and nasty court battles when there are conflicts or disagreements.

Some couples have premarital agreements to clarify their financial rights and, at the same time, their responsibilities within the union. Money is always the cause of arguments among couples, so if there is a clear delineation in their finances, marital problems are minimal.

Not only does the protection of the couple’s financial rights in the premarital agreement, but it also defines their responsibilities and limits. So, when one spouse has liabilities due to poor investment or financial mismanagement, the other couple is protected by the prenup.

If the marriage ends, couples can apply for a divorce without the constraints of disagreements over their real property and financial assets. If they have already established their separate properties, then only their community property is stipulated in the divorce agreement.

What Are The Legal Requirements Of A Premarital Agreement In California?

The 1986 Uniform Premarital Agreement Act (UPAA) governs the premarital agreement in California. Under this law, the signed contract between two parties takes effect once they marry. The property referred to is present or future and can be community or personal, which includes its earnings.

The UPAA dictates all the financial, property, and asset planning before, during, or after the marriage. It requires informed consent, which means that the other party has the mental capacity to understand the details in the agreement to sign it.

The agreement is invalid when done in a fraudulent, incorrect, and illegal manner. Also, Article 2 Section 1612b states that the agreement may not adversely affect child support, custody, and visitation rights in case of a divorce.

The amendment of the law after 2002 has the following premarital agreement legal requirements:

The other spouse must employ an independent attorney to validate the agreement’s requirements. Otherwise, the contract is not enforceable in the event of a divorce or death. So as not to nullify every detail in the contract, you need the services of a premarital agreement attorney in Newport Beach.

Is A Premarital Agreement An Advantage?

When you get married, you are signing a marriage certificate, a form of a contract that binds you as a couple. The same is true with the premarital agreement; it is a form of contract that contains your financial plan during the marriage and when it ends.

Just like the marriage certificate, you put your partnership in legal status. You have all the rights governed by the law as a married couple. On the other hand, in the premarital agreement, you put in a legal status what you want to happen to your property and assets. That is, during and after marriage, or upon death.

A premarital agreement protects you from debts incurred in your spouse’s name before and during the marriage. Therefore, you are not obligated to pay a bank or an institution for your spouse’s financial liabilities, especially under a business’ name. But, keep in mind that the amount for child support won’t be stipulated in the divorce agreement when you have a prenup.

Another advantage is avoiding litigation that can take several months or years in the event of a divorce. In addition, you can benefit emotionally and financially because you only need a mediation process to end the case. Finally, the details in the premarital agreement provide information for community property sharing, so the couple only has to apply to get it.

Through the contract, you ensure the financial provision for your children, especially if they are still minors. In addition, in the premarital agreement, you can specify how to utilize your property and assets to support their education, care, and welfare.

What Are The Other Benefits Of A Premarital Agreement?

Aside from quantifiable benefits, there are advantages to having a premarital agreement. These are intangible benefits you can enjoy within the family or an extended family unit, especially when the property or business has belonged to the family for generations.

Lastly, you give your surviving spouse or children a big favor when you pass away if you have made a premarital agreement through inheritance rights. All of them get their share as you would like them to be. Also, in the premarital agreement, you can stipulate specific heirs to your property and assets, which is necessary for a stepfamily.

It Gives You Peace Of Mind

Finally, you are at peace knowing that your legacy will continue even when you’re gone. For example, the business and property that belongs to the family for generations will go to the rightful heirs. So, a premarital agreement under the inheritance rights ensures that the family’s wealth remains intact and flourishing. 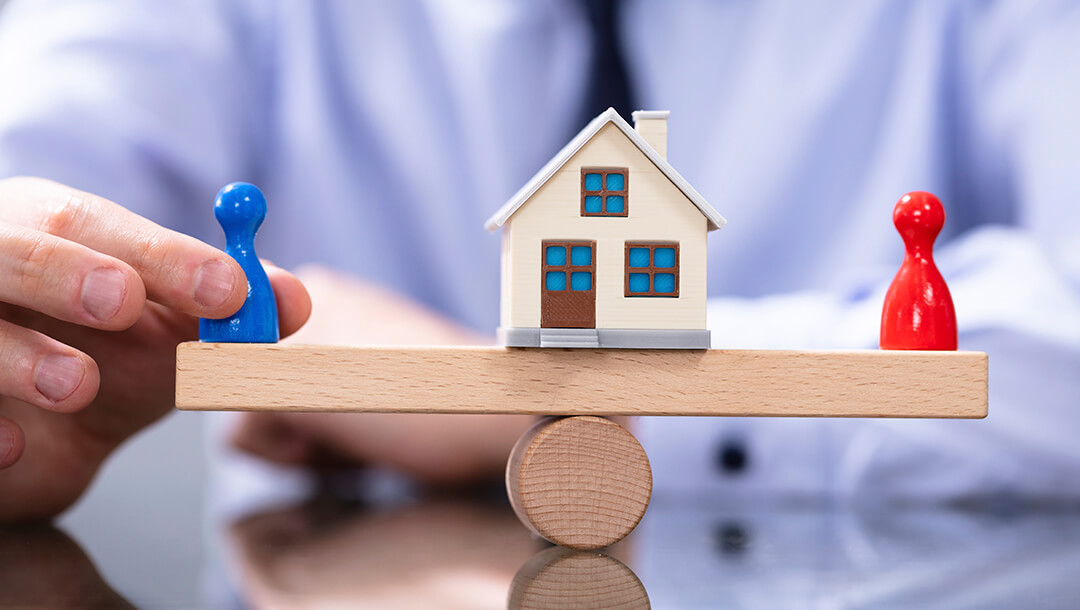 What Are The Consequences Of Not Having A  Premarital Agreement?

Getting married without a premarital agreement has some disadvantages. The court is the one to decide what to do with your community property or maybe to your separate property as well. And in California, when the court decides, it will be equal sharing when you want to end your marriage. Here are the consequences of not having a prenup:

Suppose the probations of the divorce law, community property law, and probate law are not favorable in handling your wealth or your finances. In that case, you need a premarital agreement before you say “I do” and sign your marriage certificate. Consult your premarital agreement attorney in Newport Beach regarding this matter.

What Are The Conditions To Make A Premarital Agreement Valid?

Some conditions validate the contract. Consult your premarital agreement attorney in Newport Beach to determine if the details you put in are valid or not. Validity involves mainly spousal support and treatment of community property.

The couple can modify the premarital agreement to give up spousal support. The court grants it as long as the contract is not unconscionable, which means not highly unfair to the other party. But, it is unclear the degree of unfairness the court won’t allow.

For example, if the other party will be living luxuriously while the other has to apply to a social welfare program, it falls into an unconscionable category. The court will not allow the extreme difference in the couple’s economic status, such as living in poverty after the divorce.

Though the court allows prenup, it upholds the protection of individuals’ human rights, promoting fairness and equality. Mainly, the court will allow the giving up of spousal support for couples with the same economic and educational status who both are self-sufficient and can earn similar incomes.

The couple can agree that their community property is treated as separate property when they get a divorce. It is true when spouses inherit a family property or business. If they have a prenup, under the inheritance rights, they can decide that the earnings or income of the property or business remain in their respective family.

If you grant equal sharing in the event of a divorce, then it’s your choice to use your property and assets, especially if you have minor children or a child with a disability. So, when you end your marriage, you both have the financial capability to live the way you deserve. Everyone has provisions, and that’s how the judiciary system works.

What Are The Conditions That You Could Not Include?

The court does not tolerate conditions that are against public policy. It means that whatever details in the premarital agreement must be lawful, within the bounds of the law. These conditions involve the children’s rights and the relationship of husband and wife in a marriage.

The Rights Of The Children

You cannot contract the rights of your current and future children. For example, if you want to avoid child support in the event of a divorce and put this into a contract, then you make it invalid because the court does not allow it. It is against family law on child support.

Or if you want to provide for your children’s education and living expenses, then the court allows it. If you exceed what the court requires under the child support law, it’s a reasonable condition. Further, if you have a hereditary illness and provide health care for your future kids, you can do so.

You can only exceed what the court allows, and no less than that. It still has the final say when it involves the welfare of the children. Denying child support on the premarital agreement is against family law or public policy.

Spousal Roles In A Marriage

Another condition under the public policy is the role of husband and wife. The law prohibits conditions that would change the couple’s relationship bound by the law of marriage. Under family law, marriage gives the spouses rights to mutual respect, fidelity, and support.

You can make your premarital agreement provided you have the complete details, and you know the process to make it valid. But if you want it to be hassle-free and ensure its validity, get the Moore Famly Law Group services in Newport Beach.

You provide all the information and state your conditions, so a personalized draft for you. They also handle negotiations on your behalf, so you only have to sign on the appropriate lines. Your lawyer will ensure the validity of your premarital agreement is fair and acceptable in the courts of California.