February is the month of love. However, as much we all wish to believe everyone will find everlasting love with their soulmate, sometimes love turns sour.

Most of our MFLG Rock Stars have been working in Family Law for many years, decades even, and many Hollywood movies parallel a lot of the stories heard in the office on a daily basis. So much so, movies could be made about some of the stories we hear too! Because of that, we wanted to highlight three critically acclaimed films that revolve around divorce, and what to look out for should you find yourself in a similar position. 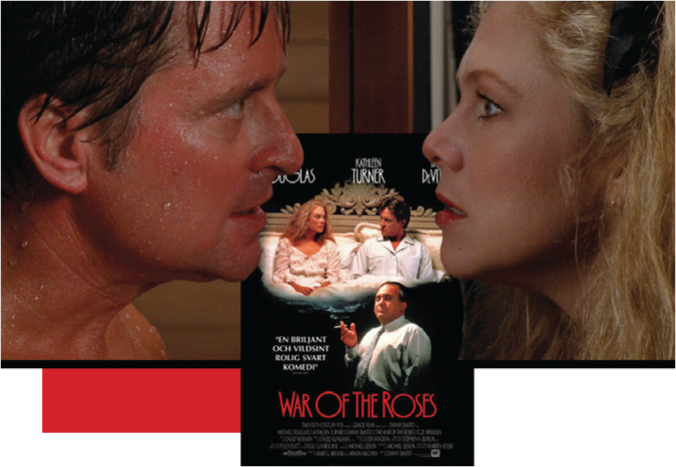 In the extremely dark comedy, War of the Roses, the Roses (Michael Douglas & Kathleen Turner) have a whirlwind romance, only to find their love wane to the point they can’t stand to be in the same room together anymore. Problem is, they both refuse to give up any portion of the fortune they built together over the years.

MFLG Pro Love Tip: When two type-A personalities get together, it can be a real struggle to come to amicable terms during a divorce. Add in a lot of animosity and jealousy toward their partner, and you have a perfect storm for chaos.

No matter what they may have done, or how much you dislike your partner, do everything in your power to leave a relationship on good terms. You may not want to sacrifice anything, but sometimes, it’s the only way for you to release the pain and anger that comes along with divorce. 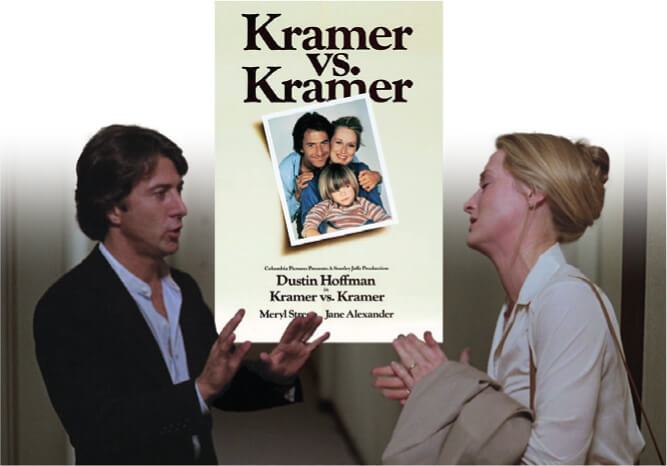 Kramer vs. Kramer isn’t so much about divorce as it is a custody battle during a divorce. After Joanna (Meryl Streep) leaves her husband, Ted (Dustin Hoffman), he must take care of their young son (Justin Henry) alone. When Joanna suddenly resurfaces, she wants her son back, but Ted refuses. Let the custody battle begin.

MFLG Pro Love Tip: When it comes to kids during a divorce, you must navigate the waters carefully so as not to mentally harm the child. Doing what’s in the best interest of the child is key, as is open, honest discussions between the parents to amicably come to terms with custody arrangements. 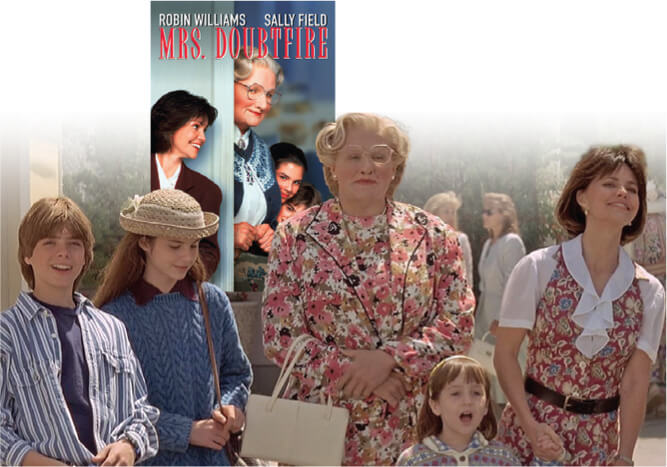 Speaking of amicable custody terms, Mrs. Doubtfire represents the perfect example. It doesn’t appear that way on first glance as the film revolves around a contentious custody battle. Miranda (Sally Field) forces her husband, Daniel (Robin Williams), into a shared custody arrangement in which Daniel may only see his kids during very limited amounts of time. In order to see his children more often, Daniel poses as a female English housekeeper, while also holding down a nine-to-five job and proving he can be a responsible parent.

MFLG Pro Love Tip: A lot of what happens in Mrs. Doubtfire could have been avoided had the couple discussed these issues prior to going to court.

We understand Miranda doesn’t trust him, but his willingness to keep a good home and a good job surfaces, she refuses to change her mind or even contemplate the idea that he could watch them for her whenever needed. Not until she sees how much the kids need their father. If your kids are old enough, always talk to them to find out what they want, listen to their needs, and trust them.

With February coming to a close, the Rock Stars shared how they spent their Valentines Day. Was love in the air or was there a love strike?

Those are lovely evenings and will be fond memories indeed, but there was one special Valentine this year that gets the award for most romantic and most memorable. MFLG’s Sr. Paralegal, Brenda, got engaged. Picture this. Fade In. Interior Brenda’s house. Brenda getting ready to leave for work. She is dressed professional with hair and makeup on point, she heads to the home office to give Bobby a kiss and say goodbye as she always does. She finds Bobby on his knee waiting for her in the doorway. Alongside him was the ring bearer, Mr. Buster, wagging his tail. Mr. Buster stood up and revealed a little box. Bobby picks it up, opens it and proposes most romantically to Brenda. She of course says yes, he puts a beautiful ring on her finger. She falls to the floor with him in a loving embrace…..then jumps in her car and heads to work (end scene). The lovebirds are planning a short engagement but a long life together. A Valentines love story to remember.

In support of Black History Month, Moore Family Law Group (a female-owned law firm) would like to highlight the extraordinary achievements of Charlotte E. Ray, the first black female lawyer in the United States.

Ray was born on January 13, 1850 to a minister and an anti-slave activist who helped slaves escape the south through the Underground Railroad. At the age of ten, Charlotte’s family moved from New York to Washington, D.C. so that she could attend the Institution for the Education of Colored Youth.

In 1869, despite Howard University’s refusal to enroll blacks as students, the University hired Charlotte as a teacher. Her drive for education and learning eventually pushed her to enroll as a law student under the pseudonym C.E. Ray to hide her gender. In 1872, Charlotte became the first black woman to graduate with a law degree from an American university, as well as the D.C. bar, becoming the first black woman certified to practice law in D.C.

That same year, Charlotte opened her very own law practice. Despite specializing in commercial law, 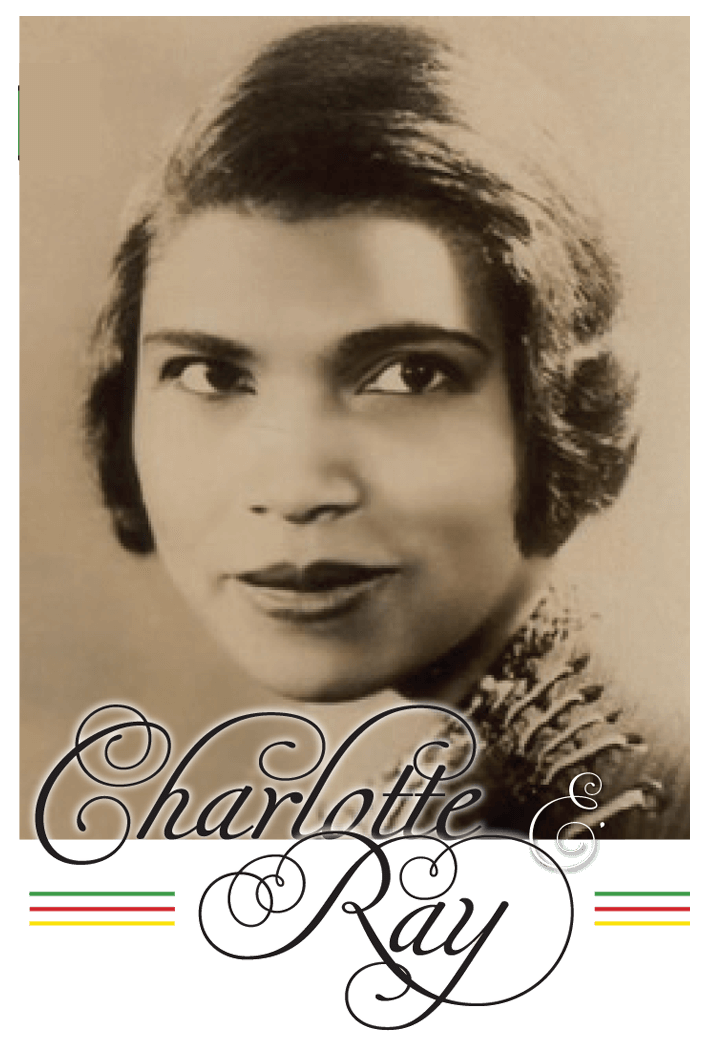 Charlotte’s most well-known case was representing a black woman looking to divorce her violent and abusive husband in Gadley vs. Gadley. Though all of the lower courts dismissed her Gadley’s case, Charlotte fought on her behalf in front of the D.C. Supreme Court and won based on the argument that she was entitled to a divorce because her husband’s drunkenness and violent tendencies was an imminent risk to her life.

Charlotte’s practice didn’t last much longer, as racial and gender biases kept her from gaining enough representation to keep it open. She moved back to New York where she worked as a public school teacher and met and married her husband. Although she no longer practiced law, she remained active in many political movements, including the women’s suffrage movement.

Because her contributions to law opened so many doors for women and blacks in the law profession, there are two annual awards presented in her name. The first is the Greater Washington Area Chapter of the Women Lawyers Division of the National Bar Association. The other, The Charlotte E. Ray Award, is presented to female lawyers who represent exceptional achievements and contribute to the advancement of women in the legal profession. 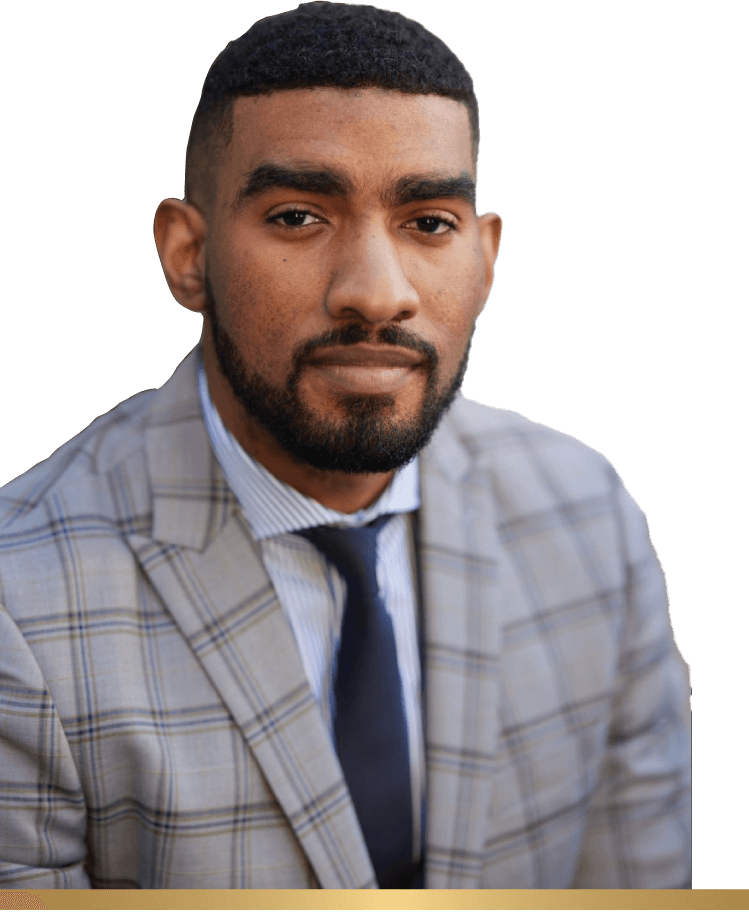 Daniel’s entire career has been dedicated to serving his clients. In addition to practicing family law, Daniel has a vast wealth of experience in dependency court after representing parents in dozens of trials, and protecting their fundamental right to raise their children. Prior to joining MFLG, Daniel practiced criminal law, where he handled hundreds of cases involving domestic violence. His diverse experience enables him to fearlessly and professionally advocate for our clients.

In his free time, Daniel enjoys spending time with his fiancé, and participating in competitive shooting sports.

MFLG is very happy to have Daniel on board! 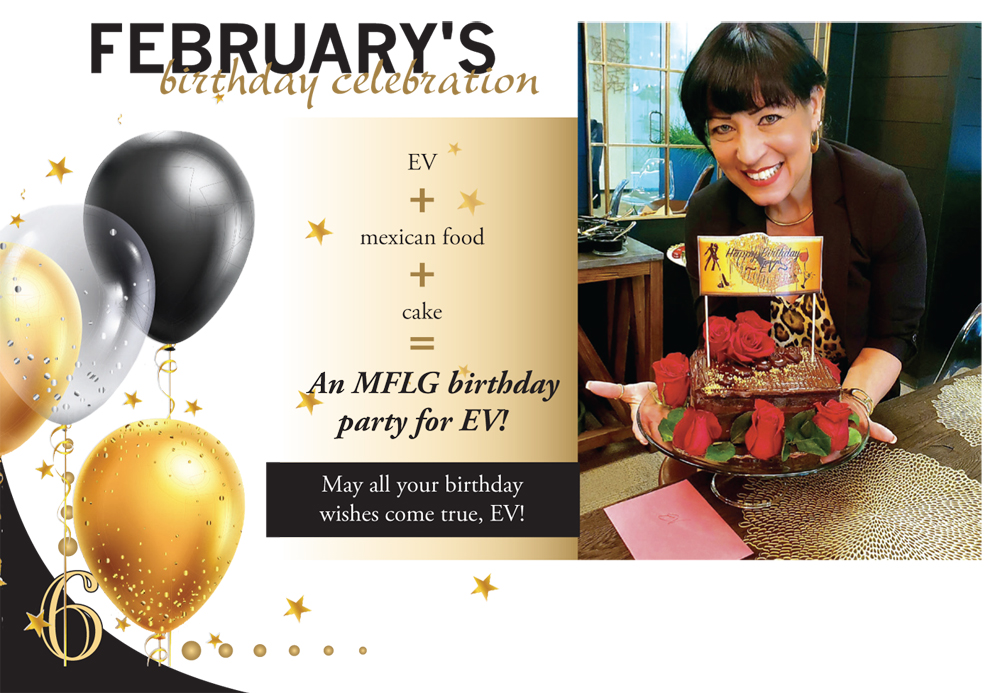 In case you didn’t know or never litigated in family court, whenever a party is seeking any financial relief, such as attorneys’ fees, spousal or child support, the court requires the requesting party to file a declaration regarding their income, known as an Income and Expense Declaration (I&E). This is a form and when completed you will have stated your employer, if any, your income from all sources and all your expenses – just to name a few things on the four-page form. The party will also have to attach proof of the stated income. Proof may include paycheck stubs, tax returns, or profit and loss statements. The responding party also has to file an I&E with attached proof of income. This is so the court can make a fair calculation. If either party fails to file the I&E or provide proof of income, the court is highly unlikely to make orders.

Parties can get very frustrated when they represent themselves and do not comply with this requirement and leave with no support orders. The hearing may be continued to a future date often set out months and maybe support is really needed from the other party in the meantime. As said above, the court is unable to calculate a support or fee order without an I&E and proof of income from both parties.

With that said, the firm wants to spotlight Attorney, Miruna Lujan, who was able to argue before the court the need for her client to receive support based on her I&E and despite the responding party failing to provide an I&E and proof of income. That certainly makes for a happy client and as for the other party not very thrilled but the other party refused to submit the details of their income. Great job, Ms. Lujan for helping our client who greatly relied on that
financial relief. 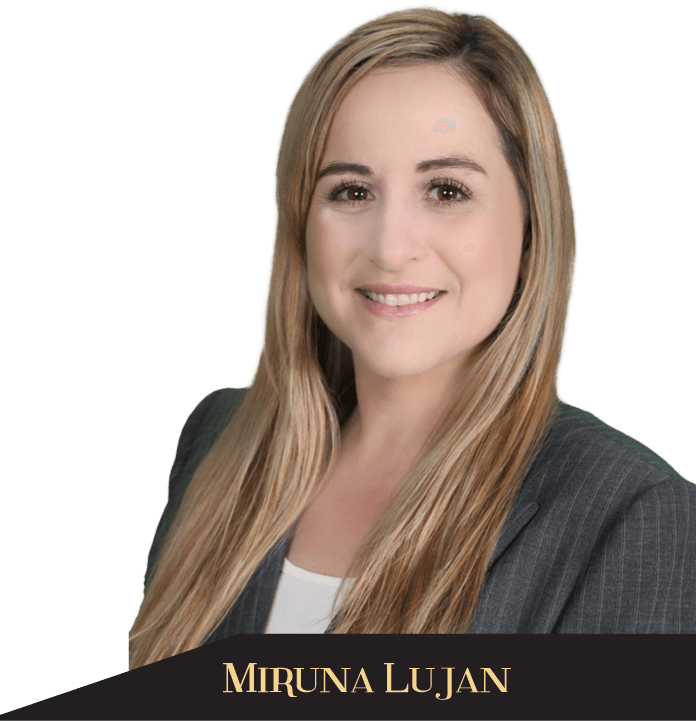 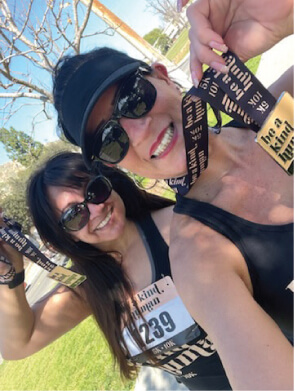 This month, firm COO, Valerie and Client Relations Mgr., EV, participated in a 5k supporting Stand Up To Cancer, an organization that works towards offering the newest and most effective cancer treatments by funding innovative cancer research teams. This event follows Valerie’s New Year’s Resolution of committing to charitable, athletic events as well as EVs goals of keeping herself moving.

Together, Val and EV are hitting their goals and supporting good causes. The theme of the race was Be a Kind Human. Word around the office is there are more Rock Stars running in this event very soon. Stay tuned and way to go, Team!