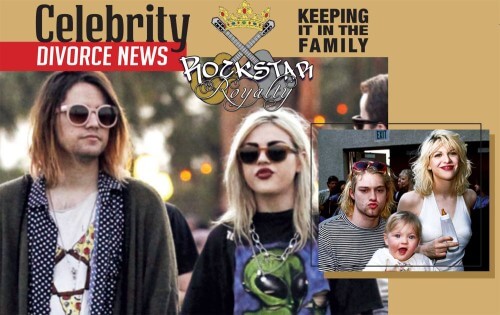 If you were a teen in the 90s, you are likely familiar with grunge icon Kurt Cobain, front man for the band, Nirvana. He was a musical legend made famous after their hit song, “Smells Like Teen Spirit”. There was nothing like the sound of Kurt Cobain and Nirvana at the time. Some thought he was a brilliant musician and creative genius; some recognized a man with drug, mental health issues along with musical talents. Either way, Kurt married another grunge artist, Courtney Love, front woman for the band Hole, an
under-rated rock star who became rock royalty by marriage. It was a match made in a drug-induced heaven.

The beautiful, bed-head couple parented one child together, Frances Bean, now 28 years old. Upon the birth of Frances, L.A. county investigated the fitness of her parents due to self-admitted drug use, which resulted in Frances Bean being placed in the care of family. The parents fought in a lengthy custody battle while still using drugs and attempted stints at rehab. The couple eventually won custody and hired many nannies to help with their daughter.

It is reported that it was a nanny who took the two-year-old, Frances, to a rehab center to visit her dad and that would be the last time father-daughter saw each other prior to his suicide.

Over the course of Frances’s childhood and through her teens, Love only had visitation rights.

Kurt’s widow and his daughter became the heirs to his rock dynasty, which included musical rights, all his property, the band he founded, and publicity. Both are estimated to be worth $150 and $200 million dollars each.

In 2009, Frances’s grandmother and aunt filed a restraining order against Courtney Love, and obtained temporary guardianship prohibiting Love from 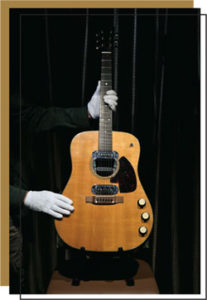 contact with Frances Bean. At 17, Frances emancipated from her mom and shortly after got engaged to rock non-star Isaiah Silva, singer for a band called The Eeries. The Eeries are best known for, well, Silva’s marriage to Cobain. They had a five-ish-year courtship before getting married.

The most romantic part of the relationship is that Silva claims his young fiancée gave him a very valuable engagement gift. That lavish gift was not a Rolex or Bentley, which Frances could easily afford. Nor was it a vacation in Fiji. The gift just happened to be her dad’s 1959 D-18E Martin guitar that he famously played at Nirvana’s 1993 MTV Unplugged concert. The guitar is valued by the family in the millions. No reports on what Frances received as an engagement gift were found. Just a couple short years after this lavish gift was given, the bride filed for a divorce. It was no surprise that the guitar became an issue of contention. What seemed to be simply a massive property dispute turned into an episode of Unsolved Mysteries.

It is also no surprise that Silva provides some ugly details in his court documents about his Mrs. and her drug habits. She responds in her court docs that the Mr. was an opportunist and used said addiction to manipulate her. Ultimately, she pleads to the court for the return of dear ol’ dad’s last-played guitar. She even requests an inspection of the guitar and that it be placed in

safe keeping during litigation. Wildly, after two years of hard-fought litigation, Silva is awarded the priceless family heirloom but not the $25,000/month spousal support order he requested. Neither his ex-wife nor his ex-mom-in-law are pleased about the stringed melody-maker staying in Silva’s less-than-talented possession. Frances however got to keep the house the couple bought “together.”

As if that wasn’t enough divorce drama, Silva later files a lawsuit against Courtney Love, her business associate/former drug dealer, a fellow actor, her management and lawyers for criminal conspiracy, assault and battery, false imprisonment, extortion, stalking, intentional infliction of emotional distress and trespassing in an attempt to retrieve the infamous guitar.

The story goes something like this: One L.A. summer night, Silva claims to have received a knock on his door by LAPD. However, it was not LAPD, it was Love’s associates who invaded the house he once shared with Frances Bean. The cast of kidnappers allegedly broke in, beat and groped Silva, stole his phone and dragged him into an ominous black SUV and drove away. Unbeknownst to the motley crew of criminals, Silva had a friend over who called 911. The police arrived quickly, blocked the exit of the street and were able to stop the SUV. No arrests were made that night. Why you ask? Silva claims he was pressured to tell the police it was all a prank gone awry. The suit further claims that Silva believes he was going to be killed that night and it would be made to look like suicide due to depression and drug addiction. Rewind: Courtney Love was accused of being a coconspirator in her late husband Kurt Cobain’s death. See similarity being insinuated here?

Love vehemently denies the allegations and plans to fight this to the gnarly end. She has requested the court order a psychiatric evaluation of Silva. There are claims that he has always had an obsession with Kurt Cobain and believes Cobain may be reincarnated in him. He supposedly even acts and dresses like the late rocker. Silva requests a motion for phone records, which is granted, so the court can see who the kidnappers were speaking with at the time of the home invasion. The mother of Silva’s child filed a separate suit against Love and one of her supposed henchmen wherein she claims she was harassed and threatened for not helping retrieve the guitar and that her child with Silva would be put in an orphanage.

Silva’s obsession with Kurt is lackluster in comparison to his desire to turn a buck. It so happens the guitar wasn’t just a valuable, nostalgic family heirloom to his ex. It was number seven of only 302 D-18Es built. In June 2020, despite a pandemic, the infamous axe sold at auction for $6 million. Interestingly, it was not purchased by a family member. They can check it out while it’s on a global tour to benefit the performing arts before the buyer puts it back on the market, which he intends to do.

Silva v. Love, et al. is set for a jury trial in October of this year.

What are the lessons here?

Every family has some drama. Maybe not to this extent, but they do. Our job at MFLG is to navigate through the dramatic obstacles and help you make the right decisions for your future and your estate. We have been known to help fix the bad decisions made before you came to us! You don’t have to be a rock star or rock star royalty. Our very own team of legal rock stars will help you with a prenup, postnup, grueling settlement negotiation, or contentious court battle. 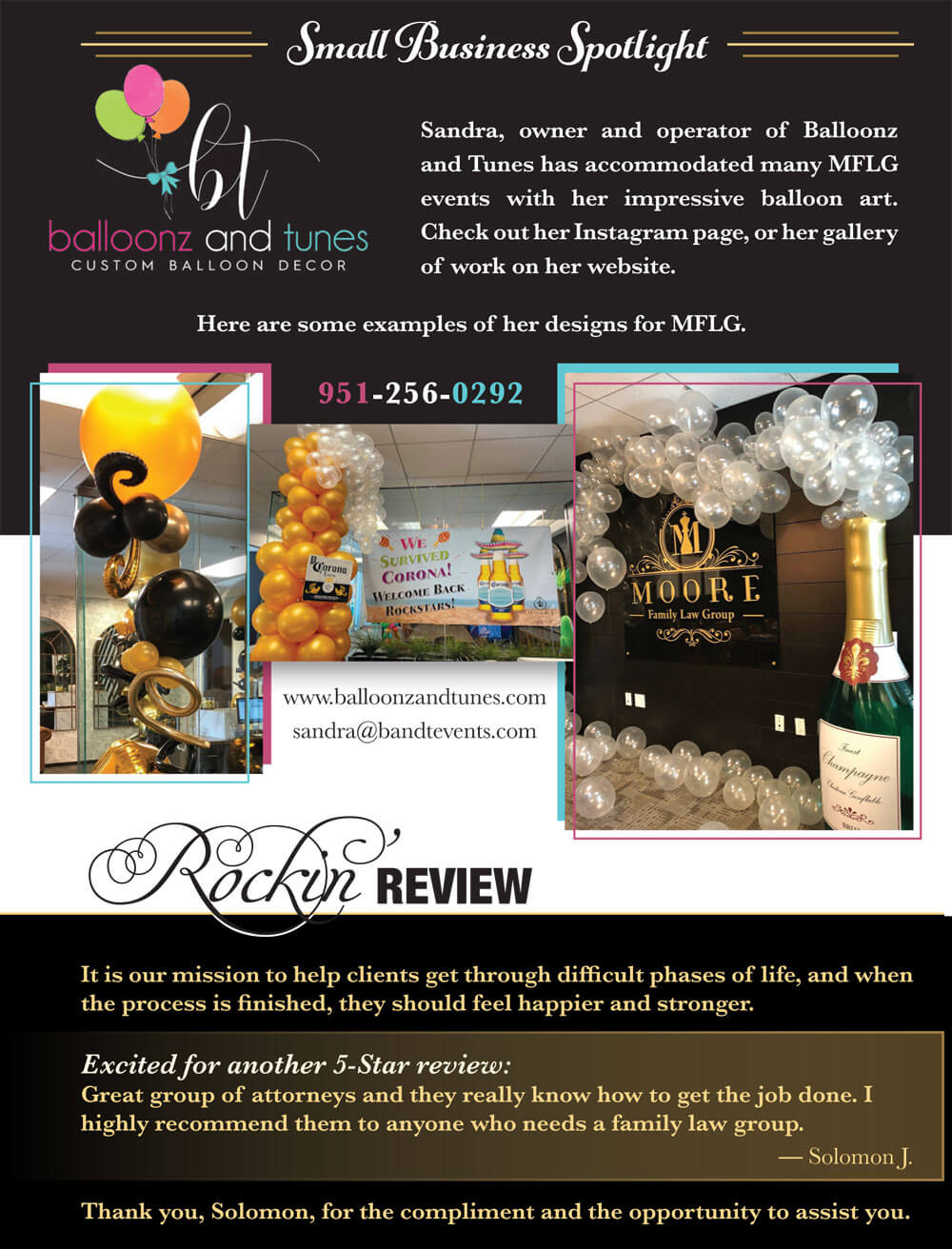 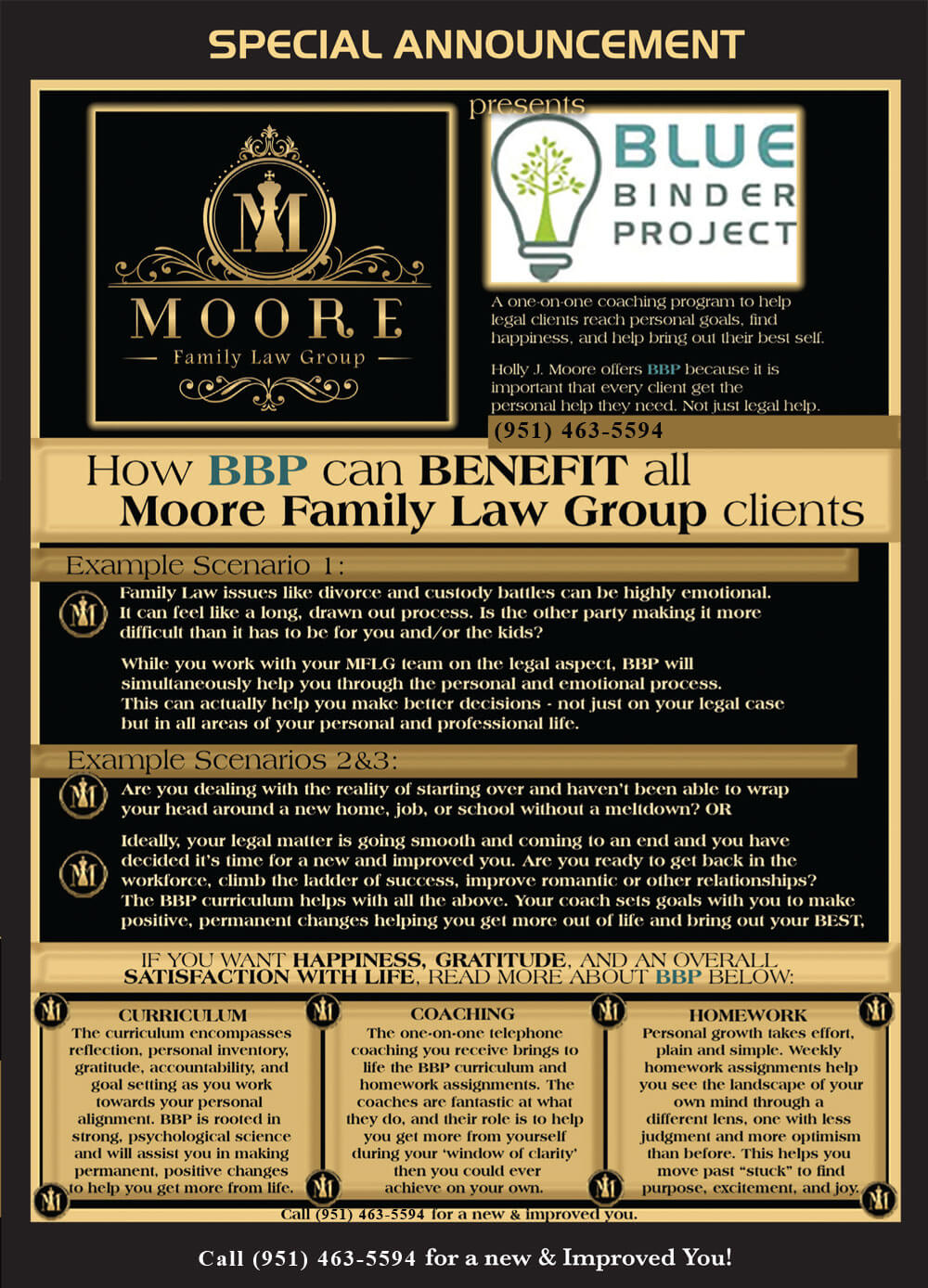