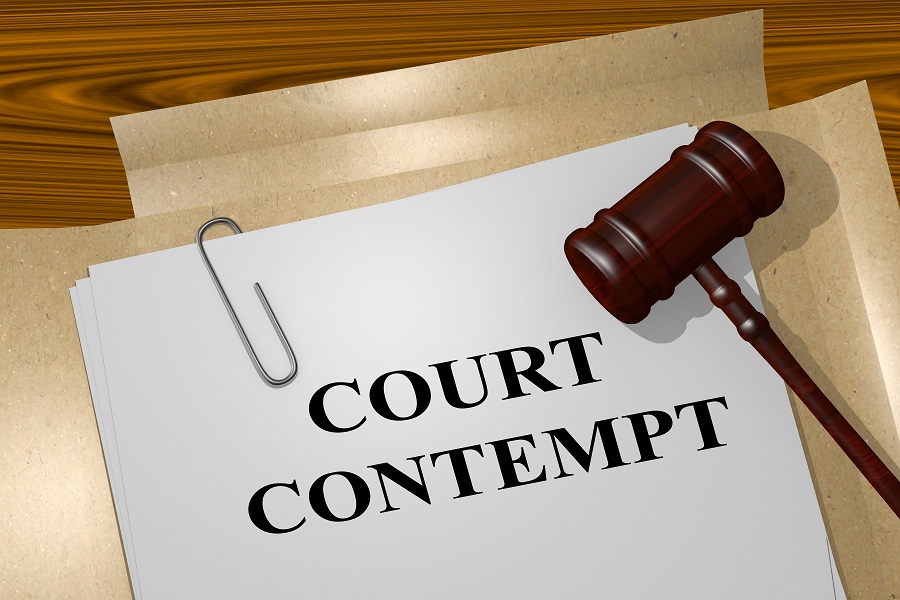 So far, we have discussed what a family law contempt is and when to properly use it.  Today, I will tell you what you have to PROVE to win.

If you are the one pursuing a contempt, you only have to prove 3 things:

1. A valid court order exists;
2. The alleged offender had proper notice of the order;
3. The offender willfully disobeyed the order.

From Part 2 in this series, we know that the two most common contempt filings deal with not paying child support and/or spousal support (alimony) and violations in a visitation order. I will use these as examples.

In most cases, the first two items that need to be proven are easy. Generally, orders for support and visitation occur either during court, in which both parties were present or via a written agreement that both parties signed. Both of those circumstances would constitute a valid court order and proper notice. So it’s really the third element, the willful disobedience, that is trickier.

Regarding support, if a person is laid off from their job and takes a reduction in pay or has otherwise fallen on hard economic times and as a result has quit paying support, that MAY not be considered disobedience. (Check back next week for a more thorough discussion of defenses).

Next week we will discuss defenses and how one can be successful in asserting defenses to a contempt and how the “victim” can overcome the defenses.