The team at MFLG loves to enrich their minds with good reading material. Some for entertainment purposes, some for education, some for personal and professional development. The firm recently started a book club too, and the current book is written by none other than our founding attorney, Holly J. Moore!

The book is called, “Family Law in California: Navigating Divorce, Custody and Division of Assets” and it is available on Amazon. There is a lot of info packed into this short, fast read. It’s informative but with personality! In it you will learn about Ms. Moore’s “Why,” plus a variety of family law issues frequent to family court that she navigates clients through, such as types of divorces, dealing with a rogue parent, the DIY divorce, prenups, a post-nup case study, and domestic violence.

If you are interested in a FREE copy, please see the details below on how to get yours now. Or by all means, head to Amazon and purchase a print or kindle copy. 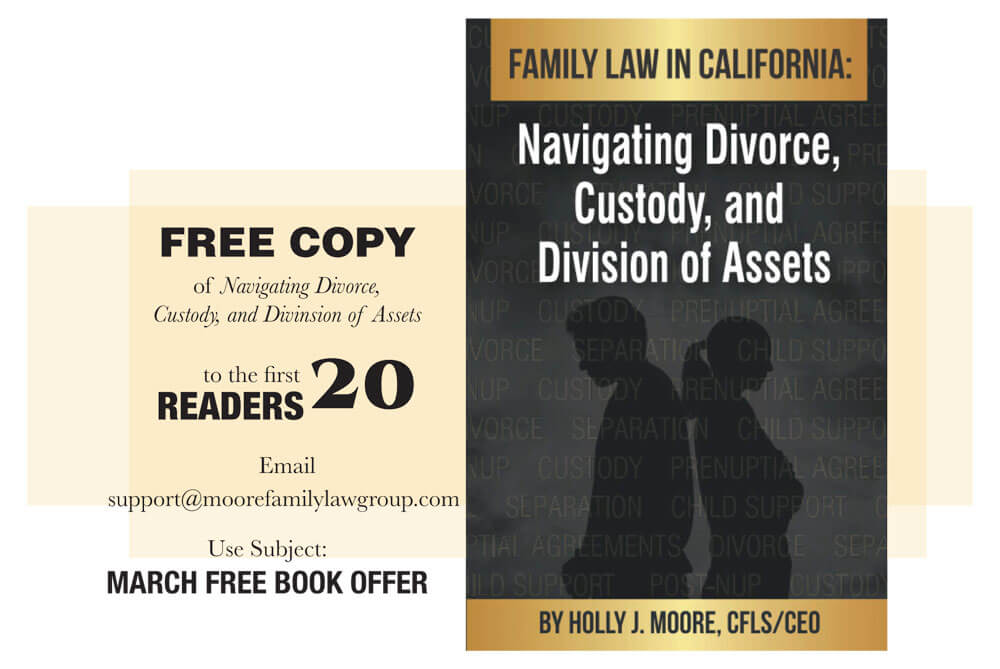 The Rock Stars are reading, or recommend, the following books, of course, after you have finished “Family Law in California: Navigating Divorce, Custody and Division of Assets” by Holly J. Moore, CFLS, now available on Amazon (did I mention that already?) 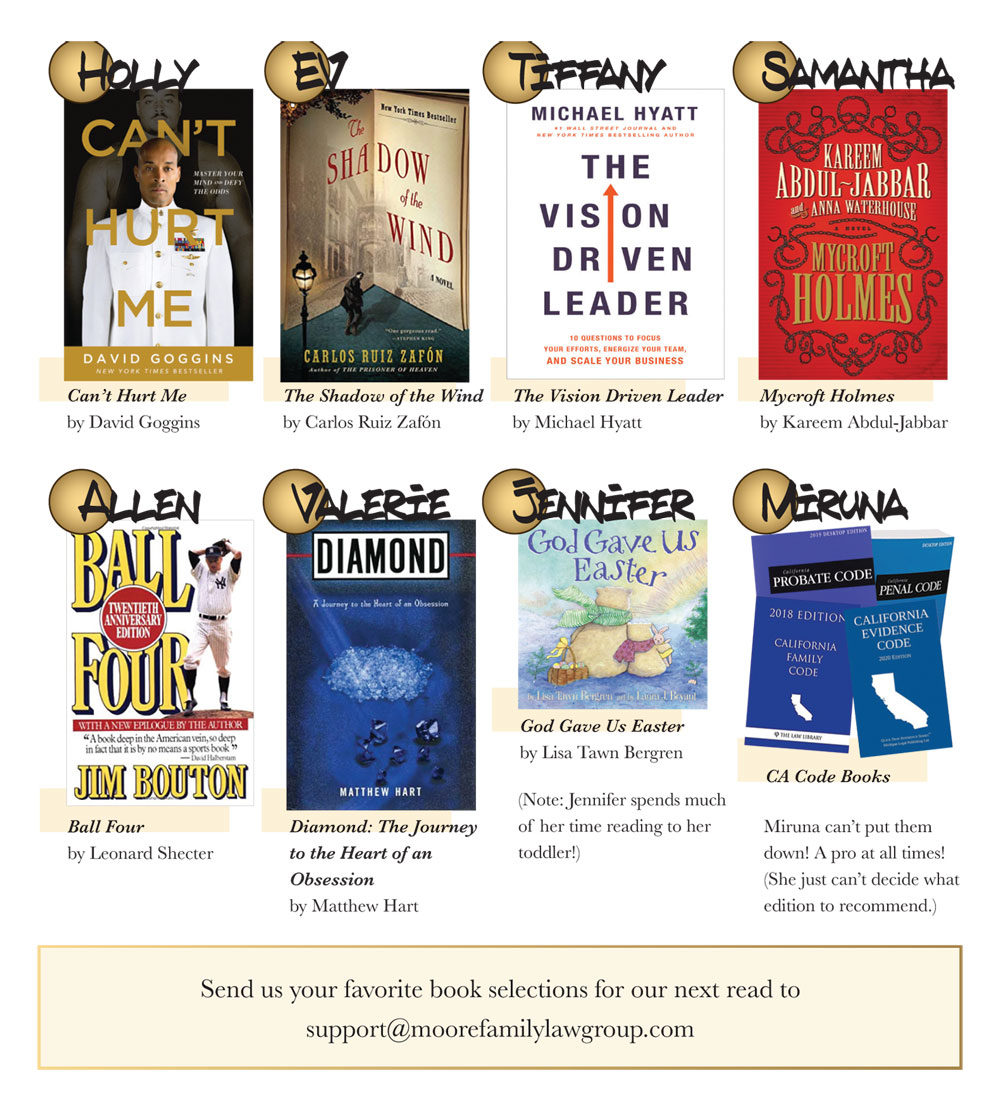 Where do the problems start for a couple who seemingly has it all? Fame, family and fortune. Kim’s difficult pregnancies and surrogacy was also aired on her show. Pregnancy and fertility issues are a strain on any couple dealing with it alone, let alone for the world to watch, but ultimately the pair had four beautiful children together. As the years went on, KimYe seemed to be the couple that fit the ‘opposites attract’ mantra. Kim, a sultry woman who made a fortune on sex, vanity and glamour — posing for Playboy, always adorned in jewels and driving Bentleys, continued in a consistent direction during the marriage and even “broke the Internet” with her nude modeling (refer to Paper magazine). Kanye continued his rap career and found God, or at least openly began to praise him. West did have a song in 2004 called Jesus Walks seemingly espousing his belief back then. With Christ in his heart and a priority in his life, Kanye began his “Sunday Service,” a religious choir and prayer performance group that preaches the gospel and has Kanye being described as a preacher. Kanye also launched his global fashion brand, Yeezy.

On an episode of KUWTK, West asked his wife to be more modest. When she refused, he was visibly upset and left the set. He wanted her to tone down the very sexiness that surely drew him to her. Was the writing on the wall? Two people heading in two different directions? Kanye was also diagnosed bipolar and there have been some public episodes that surely took a toll on his marriage. During one bipolar episode, he seemed to tweet about marital and other family issues.

Kim spent the marriage defending her husband, who is very vocal about his convictions, from his feud with teenybopper Taylor Swift and his open support for President Donald Trump to his pro-life/anti-abortion speaking engagements, where he used his wife as an example of a woman who considered aborting her own child. This did not go over well.

Kanye’s obvious unconcern for opening up about his beliefs even if they make his family look less than virtuous became a clear problem when Kim was approached about it. His mental health was often an excuse she openly used.

The public opinion of Kim are split. She has over two hundred million IG followers in which most seem to worship her. On the other hand, others call her derogatory names for her past and how she uses her body to get rich. (Then there’s half of the country who couldn’t care less.) No matter what your opinion is, the woman has amassed a near billion-dollar fortune and Kanye has earned even more!

In June of 2020, Kim sold just 20% of her beauty line, KKW Beauty, for $200 million to the same company that made her little sis, Kylie, a billionaire. Kanye’s Yeezy brand is estimated at between $1.3 billion by Forbes and up to $3 billion by other celeb net worth sites. 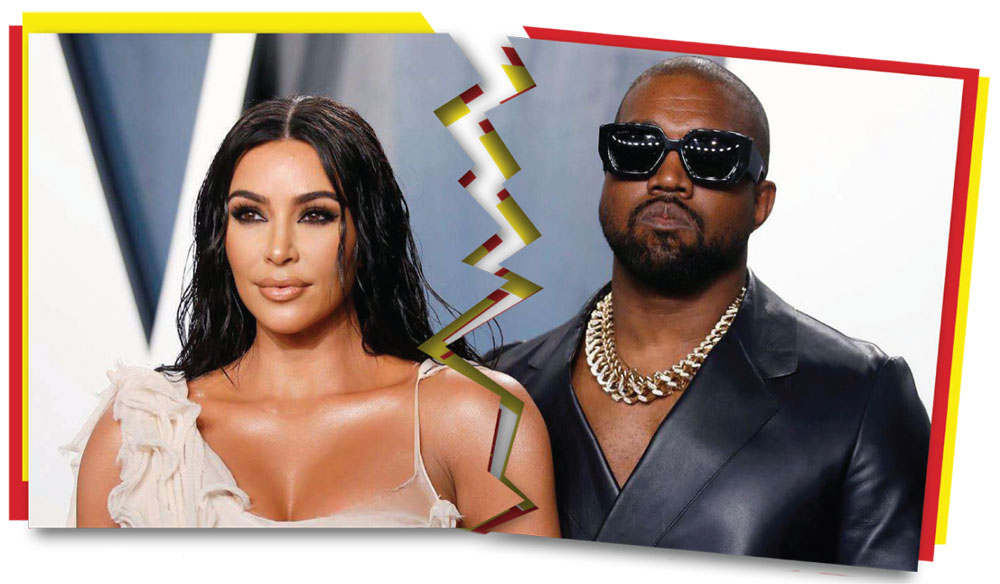 Not to mention his music catalogue and ownership in the fast-food chain FatBurger. Together the couple acquired real estate worth roughly $120 million. The list of investments and other assets goes on and on. If there were no prenup, 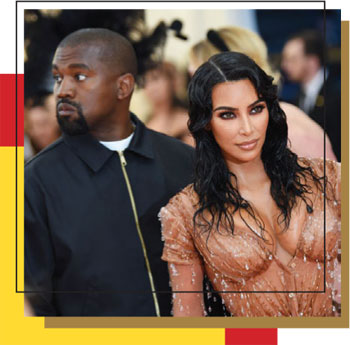 this would be a litigation dream (or nightmare) for a trial attorney considering the couple has been estranged since Kim filed divorce papers. The two are not on speaking terms — only speaking through nannies and security. Interesting co-parenting, but they share the kids nonetheless.

The billion-dollar question is: Did they have a prenup? As Kanye famously rapped, “If you ain’t no punk, holla, we want prenup. We want prenup YEAH” Yeah, they do. Why? They are smart spouses and smart businesspeople. As a fantastic attorney and author once said, “a prenup is like an estate plan for your marriage.”* The divorce proceedings are very fresh, and since neither are contesting the prenup, settlement efforts are moving forward.

Aside from the fortune, the problems for this couple are very similar to a lot of regular couples. Unfortunately, the third time was not a charm as this is Kim’s third divorce. Maybe the next will be four-ever for her and happily ever after for Kanye, but they should always holla “we want prenup,” especially if messin’ with a gold digger.

Q: Why should I schedule or pay for a consultation with you if you cannot tell me how my case is going to turn out, or offer any guarantees?

A: First, at most law firms, you should not expect the person answering the phones to be an attorney but a Receptionist or Intake Specialist. You should never expect either to offer legal advice. Now, there are sole practitioners who do answer their own phones, and you may get the advice you need, which should be considered your consultation. Do expect said consultation to be short and not thorough.

At a law firm with many attorneys, such as MFLG, the former applies. We have a caring, and professional Intake Specialist that will answer our calls and schedule the consultation best suited for a prospective client, who may wish to have a free or a paid consultation. They both provide valuable information, but the paid kind is usually when a prospective client wants specific advice on a very specific issue that requires the expertise of an attorney and maybe some research and strategy. A paid consultation is always at least one hour at the attorney’s hourly rate. The attorney often takes time to prepare prior to the meeting, i.e., review paperwork, research, etc. Most prospective clients do not necessarily have a specific issue because they are typically attorney shopping, do not know exactly what to ask or look for in a firm because this is their first time going through a family law matter. So, the questions are sometimes broad and general, and a free consultation is adequate.

MFLG has a very unique consultation process and in fact, valuable whether you hire us or not. When you schedule a free consultation, you meet with our Client Relations Manager and will have a thorough discussion about your situation, your needs, your goals and you will get details about how our firm can help you with the issues you are having. On the rare occasion that we cannot help you, we will give you a qualified referral. You will also get the information you need to decide if we are the right fit for you and vice versa. MFLG does not accept all clients and it is important to be sure that we are a good fit.

Be cautious of anyone who offers you a guarantee during a consultation. Don’t make your decision on a firm, or an attorney, who simply tells you what you want to hear. In fact, run! MFLG is going to be honest and transparent. Remember, it takes more than a free consultation or even a paid hour to develop strategies that are lifechanging for you, your children, your business and hard-earned assets.

Call us for your family law consultation. Our fantastic Intake Specialist can guide you through the consultation process, set you up a free consultation or provide guidance if your needs require some paid time with an expert. You are investing in yourself, your kids and your future whether with your time or money. We will apply any consultation fees to your initial retainer should you choose to hire. The consultation is the first step to start reaching your goals.