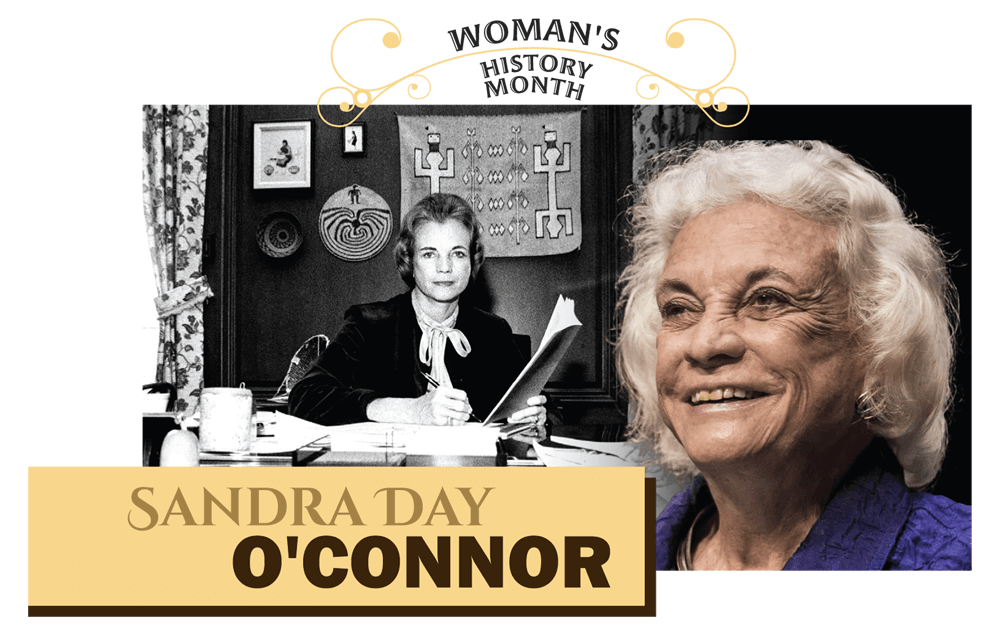 In honor of Women’s History Month, and our very own female-owned law firm, MFLG wanted to highlight the great work of another female attorney, and the first female United States Supreme Court Justice, Sandra Day O’Connor.

Born in 1930, Sandra Day grew up on her father’s 198,000-acre ranch called, Lazy B. Growing up, O’Connor learned the importance of hard work as she built her roots working the land and other trades. When it was time for her school, she moved in with her grandmother in El Paso, Texas to attend a private school known as the Radford School for Girls, and then traveled 36 miles every day in order to graduate sixth in her class from Austin High School at the age of 16. Four years later, O’Connor graduated magna cum laude from Stanford University with a Bachelors in economics. In 1952, she got her law degree from Stanford Law School. While attending Stanford Law, O’Connor worked with future Supreme Court Justice William Rehnquist, then editor-in- chief of the Stanford Law Review. Even though Rehnquist once proposed, O’Connor didn’t marry until a few months after graduating to John Jay O’Connor, whom she met in her final year of college.

Because of her gender, O’Connor had a difficult time finding a job as an attorney. Not to be deterred, she offered to work as a deputy court attorney for free, and worked her way into a paid position performing legal research and writing memos. She eventually moved to Germany when her husband was drafted and worked for three years as a civilian attorney for the Army’s Quartermaster Corps. Upon the end of John’s service, the couple moved to Maricopa County, Arizona to start a family that included the birth of three sons.

After serving on the presidential campaign for Barry Goldwater in 1964, O’Connor served as Arizona’s Assistant Attorney General, which eventually led to running and winning a seat in the Arizona Senate. Just one year later, O’Connor became the first woman to become the majority leader of a state senate. She vacated her seat after two terms.

O’Connor moved on to serve for four years in the Maricopa County Superior Court, which led to a seat on the Court of Appeals-Division One, where she served until President Ronald Reagan appointed her to the United States Supreme Court in 1981. The nomination was not well received by many members of the Republican party, mostly due to her record on abortion and the Republican party’s other social issues at the time.

Best known as a moderate conservative with a tendency for meticulously researched opinons, O’Connor was awarded the Presidential Medal of Freedom by President Barrack Obama in 2009. In 2018, she decided to withdraw from public life after being diagnosed with early-stage dementia.

No matter what you may think of O’Connor, her life brought about great change for not only women, but women attorneys. To solidify that point, when O’Connor graduated from Stanford in 1950, only 2% of law students were female; when she retired from the Supreme Court, that number was 48%. 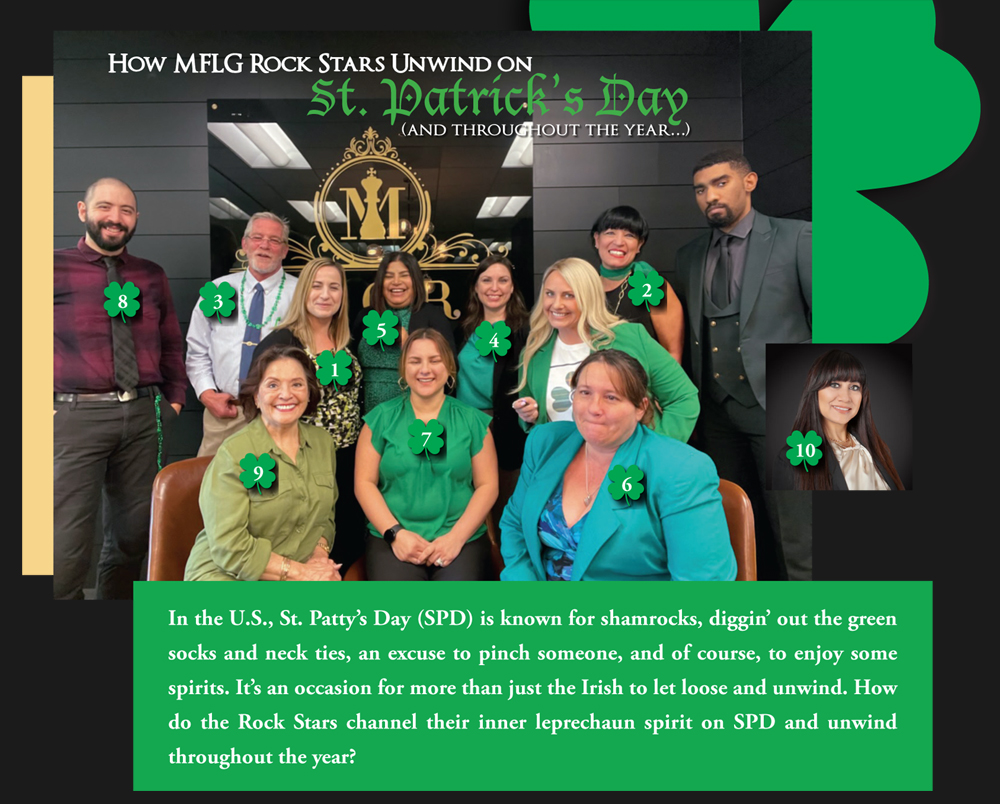 Miruna likes to unwind by playing some poker when the wee lads permit her. As for SPD, an Irish coffee would be a delicious treat for her, but does it add a pep in her step or a need for a nap? Better be more coffee less Irish before work!

EV likes to unwind with a night of Dominos and a good cigar. For SPD, her drink of choice, albeit invented in 1976 by an American in Connecticut who owns a bartending school, is an Irish Car Bomb! Controversial in name — be warned — never order an Irish Car Bomb in Ireland as you may be thrown out of the pub! You will “tick” some locals off!

Samantha unwinds watching documentaries, specifically the most relaxing of them all — serial killer documentaries. For SPD, Sam may enjoy a Jameson and ginger ale. Research shows that although serial killers enjoy alcohol to help prepare them to commit certain acts they may not otherwise have without liquid courage, there is no connection between Jameson and serial killing.

Brenda enjoys a nice glass of wine for SPD. To unwind, she enjoys a long drive with the windows down and music blaring. Brenda will need the luck of the Irish to enjoy a long drive with the current cost of gas. The thought of an empty tank would lead anyone to gin or filling their tank with it. In the spirit of SPD maybe it’s the time to go green!

Wendy celebrates her significant other’s birthday on SPD — who is also a Patrick! Not sure what libation he has but Wendy will enjoy an Irish Trash Can. Although the origins are questionable, and none of the many ingredients are from Ireland, it is green, and the hangover sounds certain. Wendy and her St. Patrick unwind together fishing at the lake. Sounds like a good place to sleep it off!

Vivian unwinds taking walks or sipping on a nice glass of nice. Her SPD go-to is the Drunken Leprechaun, which is made with an actual Irish whiskey. Walk a straight line after that.

Marc unwinds with some caffeine; not an Irish coffee but a nice cup of Joe and a gaming session. If you add some trance music, it’s like he found a pot of gold at the end of the rainbow. Marc’s SPD drink is more Caribbean than Irish — a diet coke and coconut rum.

Angie likes to unwind by going to the beach or a hike. If done on SPD, she may have a coconut margarita or Irish Coffee in hand. Although there has been a folklore battle over the origin of the margarita, it’s definitely not from Ireland, nor is the coconut. It’s acceptable however to celebrate SPD using the coconut as a vessel for any beverage, Irish or not!

Valerie takes the same umbrage with green drinks as she does with colored tortillas and burritos being called wraps. However, the two green drinks she will ingest are a fresh green juice or matcha Frappuccino — best made at Starbucks, a coffee shop named after a character from Moby Dick, which became a Hollywood movie shot in Ireland! Magically delicious!

Saint Patrick was the patron saint of Ireland in the 5th century. After having been brought to Ireland as a slave at the age of 16, Patrick spread the word of Christianity throughout the country. Legend says he used the shamrock to explain the holy trinity. The Roman Catholic feast day of Saint Patrick has been celebrated since the ninth or tenth century, marking the day of Patrick’s death on March 17, 461. The first recorded celebration in America was a parade thrown by a Spanish colony now known as St. Augustine, Florida, but the current celebration grew out of Irish soldiers marching the streets in New York City in 1772. So what do leprechauns and green beer have to do with St. Patrick’s Day? That’s a story for another time (hint: thank Budweiser!)

First, you should know what bifurcation means in a divorce proceeding. The term bifurcate simply means to separate or split. In this instance you would be separating the issue of marital status. Marital status means today you are a married person. If you bifurcate marital status, you want to be a single person again. Bifurcating marital status does not mean you are “done” with your divorce. All the other issues in the marriage will still need to be addressed and ordered by the court, i.e., child custody, division of property (assets and debts), child or spousal support. So, although it may benefit you to be single again, i.e., help you emotionally, or re-marry — a common reason — bifurcating is not the end-all solution to a divorce proceeding. There are married couples who bifurcate status but have contentious issues that last years.

If you want to re-marry, that cannot happen until you are a single person again and bifurcation may be something to consider. A disadvantage of bifurcating status is if you reconcile before the divorce proceeding is complete or a final judgment is entered, you would have to dismiss the entire cause of action, meaning agree to throw out the whole case like it never happened. Any orders made would then get tossed out too.

Let’s say during the divorce proceedings you received some helpful court orders such as control of the family residence or support orders; you bifurcated status, then you chose to reconcile and dismiss the case. Should the reconciliation fail, those orders are gone too, and you go back to square one filing a new petition for dissolution of marriage.

If you reconcile, then hopefully you are not back at square one but instead back to a happy place where you can work on your future together again as a family. Sometimes that is not the case though.

If you find yourself considering divorce, wanting to bifurcate, or returning to the petition process, give us a call today. (951) 463-5594. 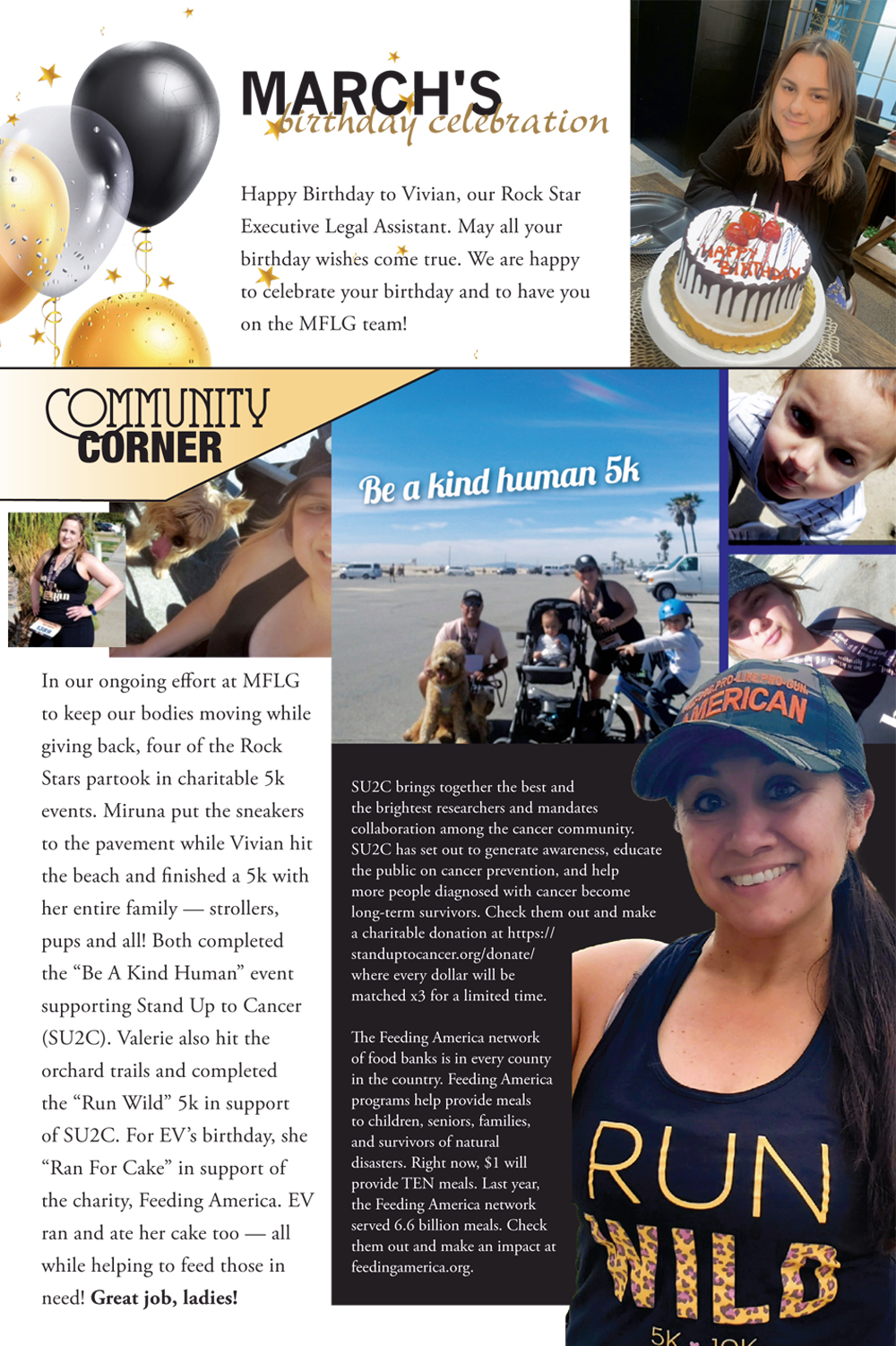