The roots of this founder’s origin story are grounded in overcoming defeat and setback. As a teenager finding myself trying to navigate an unexpected tragedy and being positioned with others also experiencing extremely difficult times in  our lives, I found it was very apparent that some people were propelled to greatness and others never overcame the defeat. I believe this formed the basis of my connection to family law and people going through really difficult times in their lives.

This concept was further highlighted to me in one of my most recent reads, The Magic of Thinking Big by David Schwartz. In Schwartz’s book on the chapter of ‘How to turn defeat into victory,’ he discusses how he visited skid row and on skid row you’ll find the people from every different walk of life who have suffered all types of difficulties and defeats. He then discusses how if you take the same sampling of middle-class America, you will find exactly the same demographics and how some credit those difficulties for rising up to the middle class and others use the difficulties as an excuse for being mediocre instead of extraordinary. Finally, if you look to the uber successful of our society you will also find exactly the same demographics — every type of religion, every type of childhood, every type of defeat or setback. The only difference between the people on skid row and the uber successful of our society was their response to that defeat.

Reading this chapter sent me right back to the support groups that my parents sent me to when I was 16 years old. I recall sitting there watching and observing the young adults who clearly were in the process of overcoming whatever difficulty they had experienced, and I just knew they were going to do something great. On the other side of the spectrum were those young adults who showed no signs of overcoming the defeat regardless of what opportunities or resources were presented to them. It did not appear they were going to overcome the twists and turns that life presented them and in fact would lead a life of even more difficulty because they had positioned themselves as a victim and their response to defeat was total and complete surrender.

An integral part of the mission at Moore Family Law Group is to come alongside and lift up those people who are experiencing the defeat of divorce or of a custody battle and do everything we possibly can to propel them to greatness rather than having them surrender to defeat. What is your response to defeat? 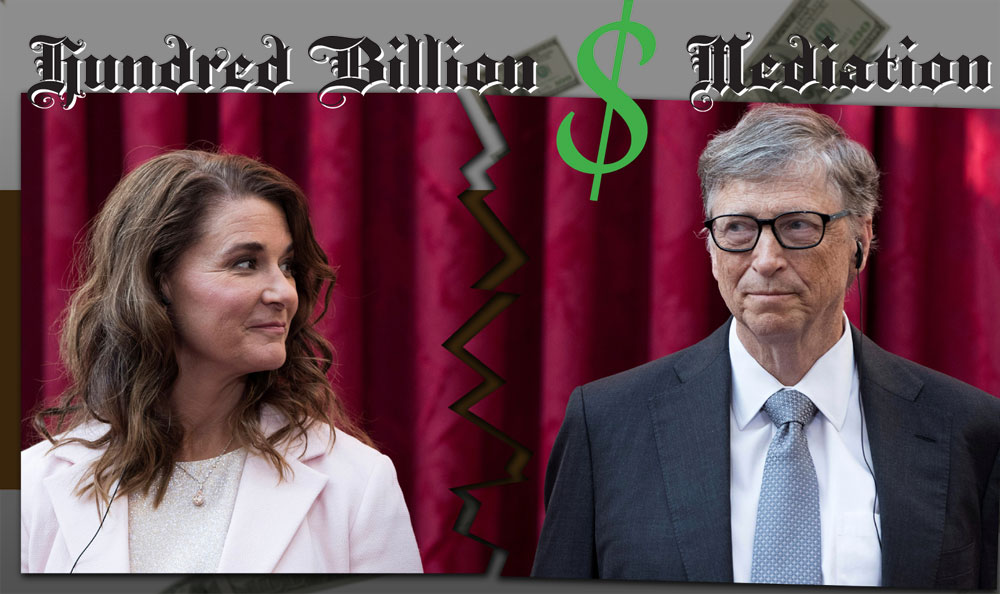 William Henry Gates III, aka Bill Gates, 65, co-founder of Microsoft, recently began divorce proceedings. His wife, Melinda Gates, 56, reportedly began meeting with divorce attorneys in 2019 and filed for divorce in May 2021. The big mystery isn’t why they are divorcing, although there are plenty of salacious rumors, it is why Billy-boy didn’t enter a prenuptial agreement. It could be because in 1994, the year of the couples’ nuptials, he was worth a mere $8 billion. In 1995, Gates became the richest man in the world with a net worth of $12.9 billion. In 1999, he was worth $90 billion. The dot-com bubble burst in 2000 and his worth entered a decline, reaching a low of $52 billion in 2004 (insert sound of violins). Tears should not be shed because he managed to get by and today he is worth $129 billion.

The Gates’ live in the state of Washington, a community property state. The couple have several other homes in California and Florida. Their real estate is worth upwards of $200 million. They have over $650,000 in sports cars, an art collection estimated at $130 million, which includes a little-known artist by the name of Leonardo da Vinci. The Gates’ most valuable asset is in a holding company Cascade Investment, valued at near $30 billion. The Bill and Melinda Gates Foundation separately owns stocks in Cascade as well. There are also Microsoft shares, of course, estimated at $26 billion, which over time the two have moved loads into the B&M Gates Foundation, in which the foundation itself is worth near $3 billion in 2019. 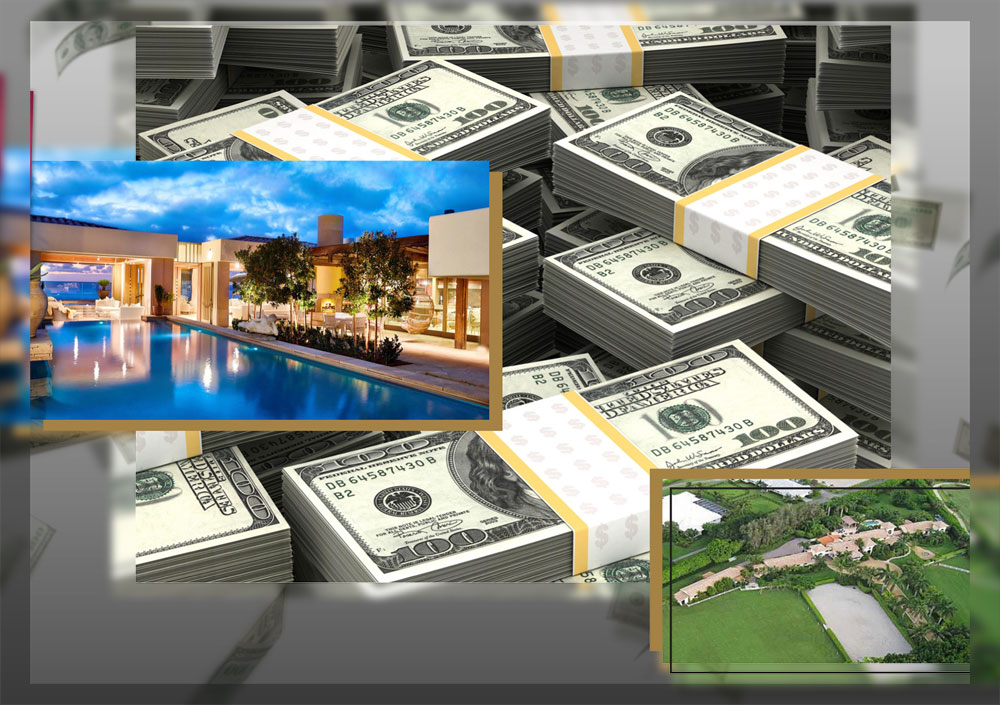 With all of that said and the fact their youngest child just reached 18 years old, the parties have decided to make the divorce amicable by coming to a separation agreement with respect to the assets. The couple has chosen to use mediation rather than litigation. Litigating would surely air much of the parties recently exposed marital issues and so by choosing mediation, they can keep those reputation damaging claims confidential.

Gates’ worth is third behind Jeff Bezos, founder of Amazon, who is worth $182 billion. Bezos also divorced recently sans pre- or post nup, and as a result his wife, Mackenzie Scott, became the richest woman in the world, worth $52 billion. Elon Musk, founder of Space-X and CEO of Tesla, beats Gates in second place with a worth of $166 billion. On Mars, that converts to only $3 billion though! Musk is unmarried at this time. This writer has a good referral for a prenup for Elon. (951) 463-5594! 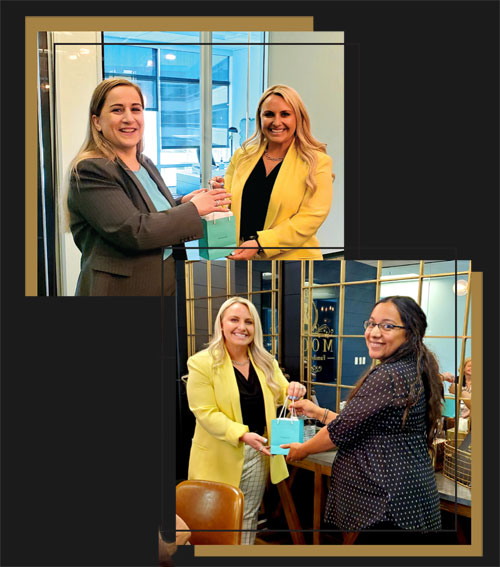 We are always excited to celebrate a work anniversary. In April we celebrated three years of service and loyalty by our Sr. Associate, Miruna Lujan.

Jennifer Morales, our Sr. Paralegal celebrated one year (in February) with MFLG. We can’t emphasize the gratitude we have for their hard work and longevity with MFLG. Thank you and here’s to many more years! 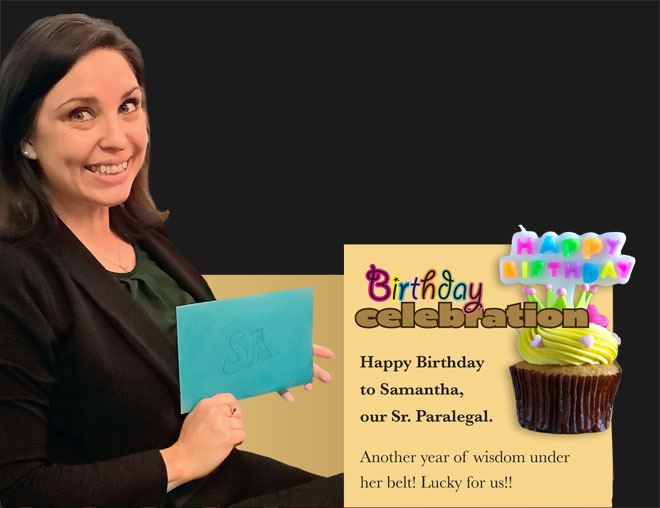 Valerie and EV represented MFLG at Corona Community cleanup, hosted by Riverside County Supervisor, Karen Spiegel. It was a beautiful day to do a little community service — no criminal record necessary! One would never be so excited to find more trash than these two ladies. Although there was no formal contest, these two found a way to create some friendly competition. EV was the winner, filling two bags of garbage and looking like a “model” citizen while doing so! Take some time for community outreach. You will find it very rewarding… and maybe a chance to get a little trashy 😉 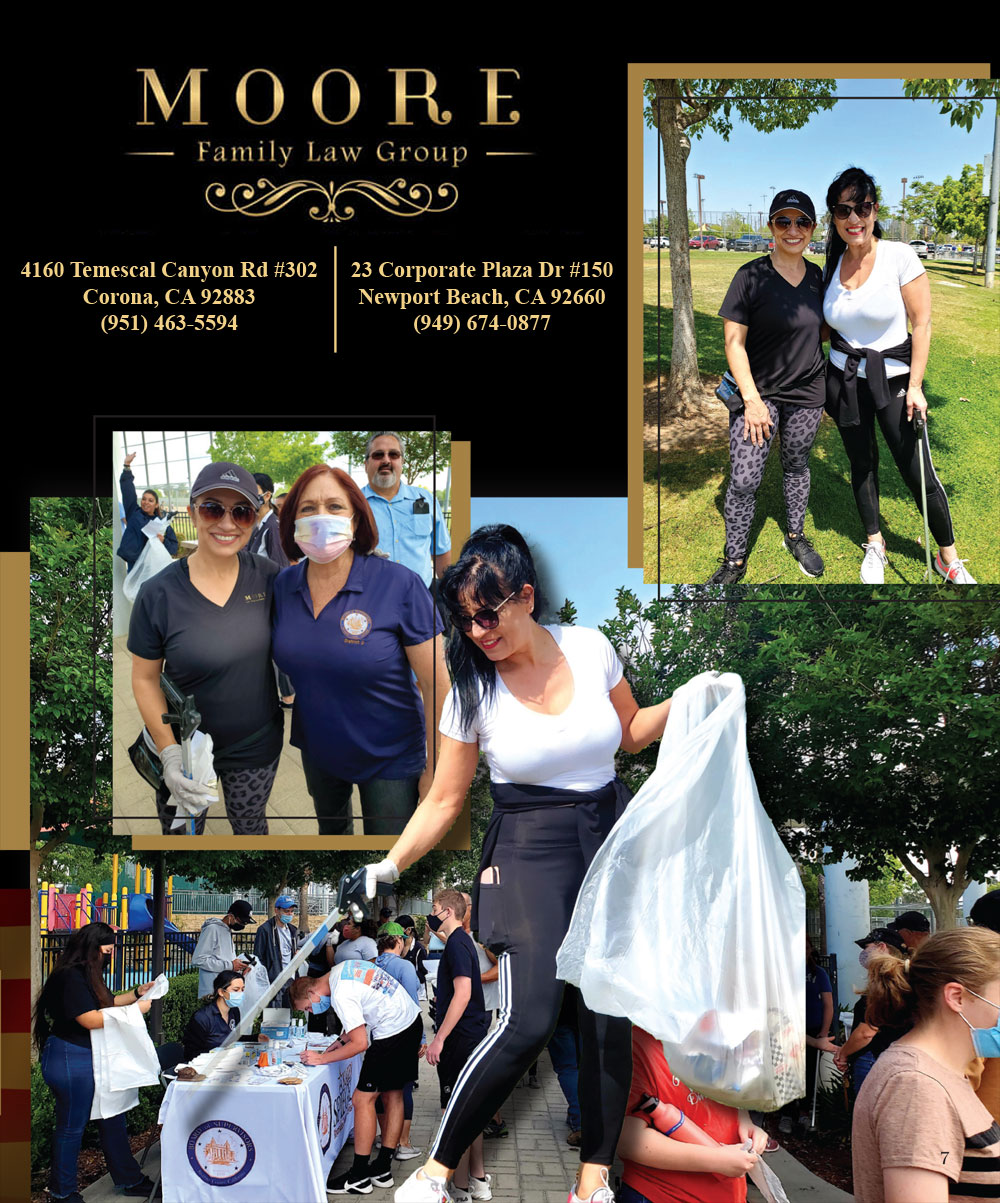