We all want to be the best. Superhuman, no mistakes, flawless execution, no rock unturned, amazing results 100% of the time.

I have to say we ARE pretty darn good. But the truth is- we aren’t perfect. Yes, all the glossy marketing materials, social media posts, and photography makes it seem as though we are perfect but this firm is run by human beings; real ones, with kids, spouses, tragic circumstances, family emergencies, illness, work-life balance issues and plain ol’ human error. We make mistakes, we don’t win every time, and we don’t always do the perfect thing.

It took me ten years as a lawyer to understand that the human-ness in us at the firm isn’t what makes us bad or imperfect, it’s actually what makes us REALLY GOOD. That is precisely what makes us so much like the clients we serve. The irony is that we try to BE perfect. We try to cover our human-ness but the truth is what everyone wants is connection and someone to relate to. To know you are not alone, and to know that someone cares and has your back.

So, while we cannot guarantee perfection, 100% winning results 100% of the time, we CAN and DO guarantee that we are passionate about helping our clients, we care deeply about our clients, and we do everything in our power to help them through this incredibly difficult time and beyond.

Humans that care and are passionate about helping you.

There is a misconception that our office merged with Barth Calderon. We have not merged with any other firm; however, we did create what we call, an alliance.

MFLG does not make referrals lightly. We expect our referrals to treat and care about a potential client as we would care for our own.

For years, our clients have asked us if we can draft living trusts and wills for them. It certainly seems that estate planning might fall in the family law spectrum since it directly relates to your family and your assets. MFLG is not a jack of all trades. We are a master of one. We take pride in mastering Family Law. 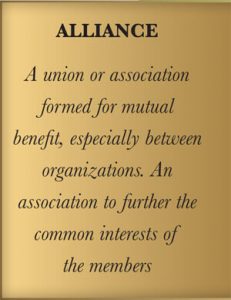 care of any client or referral we send. They are experts in estate planning, which is why we have formed this alliance with them.

We are so confident in Barth Calderon, we  can set up complimentary assessment for you. Don’t put this important duty off any longer. Call us at (951) 463-5594.

Humans that care and are passionate about helping you.

Have you ever wondered why the ring became the symbol of marriage or love – and how that rock became the indicator of how much you are loved?

This article will provide a little lighthearted history of the wedding ring and its evolution.

For thousands of years, these tiny objects have represented the ultimate commitment between two people. Some may say the wedding ring is the world’s smallest set of handcuffs. It’s the one thing that binds two people, yet it only touches one. They can also be the most money spent on something you can fit in a thimble. They are the materialized “ball and chain.”

Back in the Day

Ancient scrolls dating 3,000 years ago demonstrate the use of the wedding ring in ancient Egypt. Unlike today’s gold and silver, early materials were fragile reeds or hemp eventually being replaced by leather, bone or ivory. Primitive cultures tied plant-based materials around the finger and regularly replaced it.

The Romans and Greeks believed the 4th finger on the left hand is the vein of love (vena amoris) leading directly to the heart. Greeks exchanged iron rings and were the first to engrave them. Other cultures exchanged an additional ring such as the Hindu toe ring, and West Bengal’s iron bangle.

In the 1100s the Pope dictated that marriages in the church must include a ring exchange in the ceremony. In the 1700s rings were traditionally gold and embellished with a gem and engraved.

The custom continued in the 1800s (Victorian era) with rings made of gold and adorned with a gem. In this era, it was not uncommon to have a ring in the shape of a snake or serpent as they were seen as the symbol of eternity by many. Although Queen Victoria proposed to Prince Albert, it was he who gave her the engagement ring, which was in the shape of a serpent adorned with her birthstone, an emerald. In France and Russia wedding rings often consist of three interwoven bands. The American custom of pairing an engagement ring with a wedding ring is only shared in parts of England. Most cultures do not follow this trend.

A Reminder from Across the Globe

The Left is Not Right

One belief that seems to carry into modern times is the more money spent on the ring – the more love is displayed on your finger. Today’s standards, opposed by many, is that a ring should cost two-three month’s salary. That would be gross. Gross, as in before taxes, not gross as in yucky! However, the cost can be pretty yucky and even make your stomach churn. The average cost of a 1-carat diamond engagement ring AND band is $6,500. Elizabeth Taylor received an $8.8 million-dollar diamond ring from Richard Burton.

A little-known cartel by the name of De Beers is who mankind can thank for the notion that diamonds are forever. During the depression, De Beers hires a premier ad agency to get to work. The ad agency had to persuade lovers that diamonds were synonymous with love. How does a man measure his love? Why, that would be directly proportionate to the size of the diamond he purchased his lady. They actually sold an amazing idea – not a diamond, not a ring.

They took the idea to high schools coordinating lectures around the country to get in front of thousands of impressionable girls and used Hollywood celebrities to model the rock in photos and on the big screen. They sold the population something they did not need; something that is not the rarest or even the most precious stone – but how can they make it the most popular? LOVE.

This idea took diamond rings from a $20 million-dollar industry to a $2 billion-dollar industry between 1939 and 1979. The idea continues and is American tradition now – the diamond engagement ring and wedding band pairing with 70% of women choosing white gold. For upper crust it is a symbol of not just love and romance, but success and stature.

Whether you tie a piece of thread around your finger or tattoo your honey’s name on the vein of love, the ring is a symbol of commitment. It is a very special gesture dating back thousands of years signifying an important union. Financing a ring you cannot afford does not promise you a long, successful marriage. The $50,000 question is: do you get to keep it after the divorce? The $100,000 question is: did Elizabeth Taylor keep the ring?

If you or someone you know is having property division issues due to a legal
separation or divorce, contact our office for a free consultation to evaluate your
case. Call (951) 463-5594. 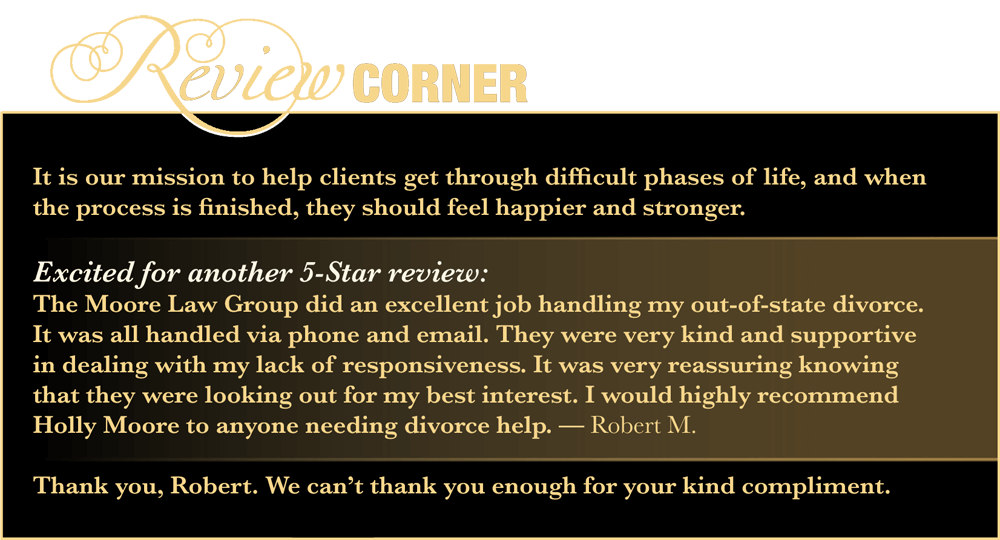 We frequently hear some similar questions across the board, whether it is a
divorce or a paternity case, and they are definitely good questions. Here is
an oldie but goody:

Can I take my spouse off my health insurance once I file for divorce?

No. No. Please don’t. There is something called automatic standard family law restraining orders. You may hear them referred to as “ATROS.” Not the kind where you have to stay 100 yards away from your spouse. The kind where you are restrained from cashing, borrowing against, canceling, transferring, disposing of, or changing the beneficiaries of any insurance or other coverage, including life, health, automobile, and disability, held for the benefit of the parties and their minor children.

There can be serious repercussions if you cancel a spouse’s coverage before your divorce is finalized. Scenario: Wife shows up at a medically necessary procedure. She gives her medical card to the nice lady at check-in. Said lady has a puzzled look and says to your wife, “It appears your insurance coverage ended a week ago. We cannot go forward with this procedure unless you pay out-of-pocket. The cost will be $5,000 to perform the procedure today.” You see where this is going. Be careful of taking any actions like this especially out of anger or to save some money. Cancelling your spouse’s insurance early may cost you much more at the end of the day then keeping her on your plan for the duration of the divorce process.

Where are you at in the divorce process. Let us evaluate your case. 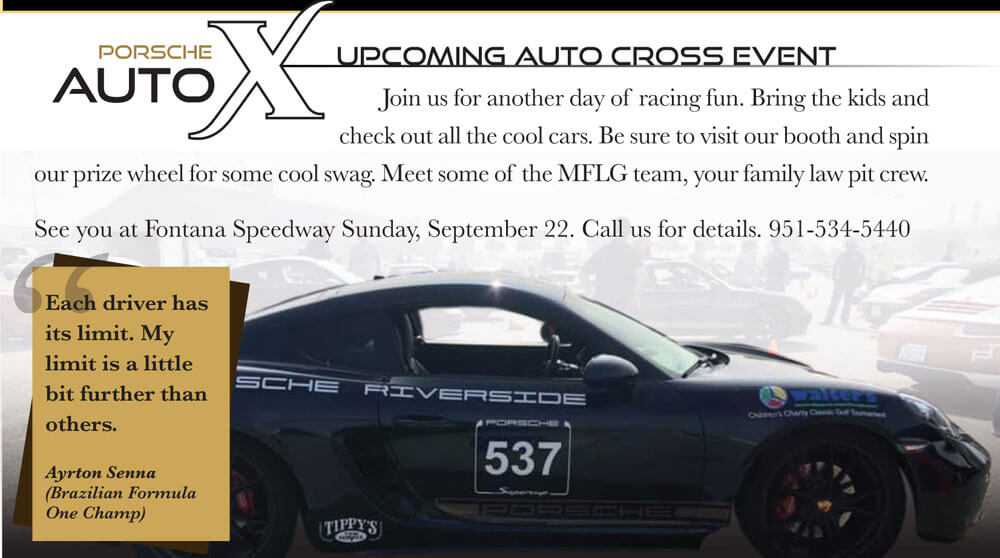