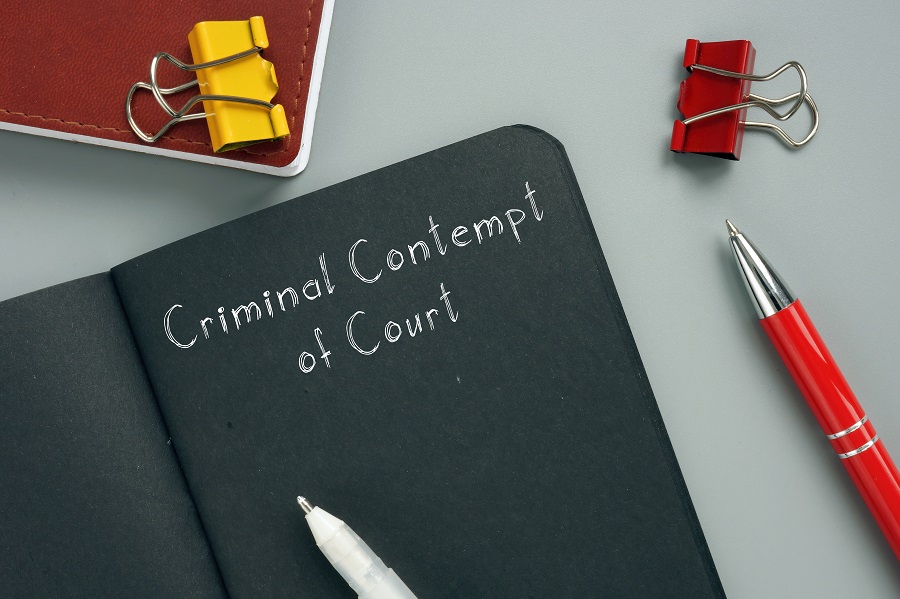 This is the last installment of the contempt series.  Thanks for sticking with me!

We have been focusing on two violations for which a contempt action may be proper; violations of custody and visitation orders and failure to pay support.

Regarding a violation of a custody and visitation order, first the violation MUST be WILLFUL, meaning the order was violated for no other reason than to simply madden or spite the other parent. For instance, if you want to file contempt against the other parent because they were two hours late for an exchange, if the reason for the tardiness was a car accident, late getting off work, or some other legitimate excuse, that would not be considered a willful violation and therefore would be a defense. Any violation where a legitimate and documented reason is presented, the fact that the violation was not willful may be a defense.

Similarly, if you have a 15 year old child who refuses to go with the other parent and this refusal results in a violation of the order for visitation, you may also have the defense of an inability to comply with the order. The court has held specifically that “an unwilling child” is a defense to a contempt.

Next are the violations regarding failure to pay support. In this economy especially, this is coming up often.  Parent was paying support, loses their job, goes on unemployment and says they can no longer pay support and uses “ability to pay” as his/her defense. However, be aware, the standard for using ability to pay as a defense is extremely high. In a famous case, the court held that if you can pay a $30 electric bill while living at home with your parents, you cannot use ability to pay as a defense. So if you are collecting unemployment and not paying support in violation of an order, it would be in your best interest to at least pay part of the support order, because your ability to pay defense will likely fail.

Assuming a contempt is properly plead, properly used, and the basic elements are proven, the aforementioned are really the only defenses available. So in short, it’s best to always obey a court order. If the order no longer works for you, you cannot comply, or you feel the order is not in the best interest of your child(ren) you can seek to change the order. However, until the change is made, it is always best to follow the current court orders. If you would like to discuss contempt defenses or modifications of current court orders call Moore Family Law Group at (951) 463-5594.