Can a Child Have Their Own Lawyer in a Divorce? 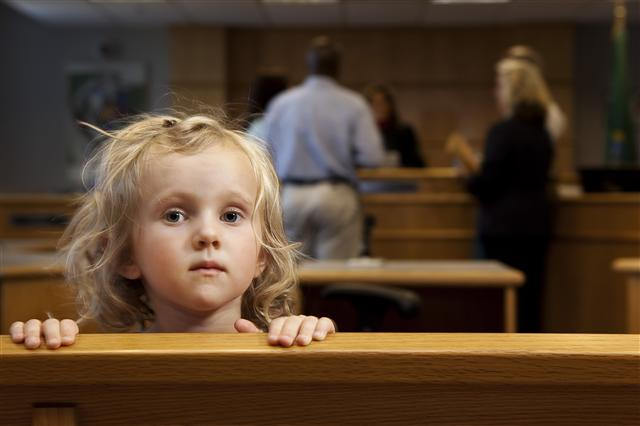 Yes! A lawyer for a child in family law is known as minor’s counsel,
and the courts will be using this tool more and more.  When parents are fighting over child custody,
at some point in the litigation, the court may want more information than what
the parents or the parents’ lawyers can give them. In the past, this has been accomplished
by psychological evaluations, mediators that report to the court, or
therapists. However, as court resources are decreasing and parents’ resources
are decreasing, the number of people that can afford $5,000-$10,000 dollars for
an in-depth psychological evaluation is also decreasing. With the state budget
cuts and limited court resources, the court also can no longer foot the bill,
as it once did.

Economic concerns as stated above, as well as changes in the
law about how involved kids can and should be in a child custody proceeding,
has given rise to more use of minor’s counsel. Recently, the laws changed to
make it so that kids are more involved in child custody. In any child custody
case where a child is over the age of 14 and wants to testify, the court MUST allow
them. However, this change in the law with regard to kids also presents a whole
host of new issues which minor’s counsel seeks to resolve.

So what exactly is minor’s counsel? It’s a lawyer that acts
as a neutral voice for the child or children. The child meets with their lawyer
and has attorney-client privilege with that lawyer. This means the child can
call their lawyer with any questions or concerns, just as any other client
would, and that lawyer represents that child in court. They can file paperwork
on behalf of the child and make requests to the judge for the child. If you are
currently involved in a child custody battle and feel that your case could
benefit from your children having their own lawyer, ask the court to appoint minor’s
counsel. Sometimes giving the child a direct line to the court is the best way
to decrease child custody litigation and truly get to the heart of the matter.

Some examples of where minor’s counsel may be helpful are
when the child has a specific preference as to where they would like to
primarily live. If they have their own lawyer, the attorney can express the
desires of the child to the court directly. Another example is if the court is
trying to determine a specific issue such as is the child having trouble
getting their homework done at one house versus the other, or if a 3rd
party (such as a new significant other) is parenting the child more than the
parent his/herself. The child’s lawyer can get to the truth more easily and
effectively and is in a better position to present that evidence to the court
than any other person in the case.

What about cost? Minor’s counsel are lawyers like any other;
however, they have been trained and certified by the court to represent
children. Generally, a lawyer who is representing a child client reduces their
normal hourly rate significantly and requires and decreased retainer. The rate
at which minor’s counsel charges depends on that particular lawyer. The parents
either split the bill for minor’s counsel or if the parents are determined to
be below a certain income, the court will pay for minor’s counsel.

Holly Moore is trained and certified as minor’s counsel and
has been appointed to the panel of minor’s counsel lawyers in Riverside County.
If you have any questions about the role that minor’s counsel might play in
your case, please call (951) 710-3204.