It does not take more than a couple minutes scrolling on social media to see that people are handling California’s shelter in place orders dramatically different. Much of this difference comes from your mindset. Some are grateful for the silver lining that COVID-19 has brought. Others are miserable and focusing on the negative effects only, and there is everything in between.

Whether it is running a marathon, building a business, reaching a goal, enduring the divorce process, or making it through COVID-19, your mindset is critical.

Starting out as a divorce lawyer I found myself in a very negative place much of the time. Seeing clients day in and day out who are heartbroken, angry, hurting and scared can take its toll. Several years into my career I knew that if I couldn’t keep my own mind healthy, I could never serve our clients in the way that they deserved. I came to understand that I needed to train my mind to handle adversity in a better way.

With different information being thrown at us every day, and so much stimulation all the time, we really must be careful what we “allow in.”

Here is what I am reading and listening to lately to try and stay positive and keep my mind healthy:

We often underestimate just how powerful our minds are. The WAY you think about something has the power to shape your reality and the reality is, it’s much easier to allow your mind to go to the negative side. It takes discipline to stay positive and exercise gratitude and contentment especially in the face of adversity. Just like all the other muscles in our bodies, the more you exercise that muscle, the easier it becomes to stay in a positive and calm mental space.

The discipline starts with what you allow in. When things get especially tough, I turn to content that reminds me how important my mindset is and inspires me to exercise even more discipline.

As we continue to hunker down at home, we were asked:

Have all our friends over for a party.

Take the kids to SeaWorld or Six Flags.

Go to a resort in San Diego.

Take the kiddos to visit their grandmas and great grandmas.

Live music concert with friends and a full body massage.

Watch a football game and go to Target for two hours. (Only two?!)

Visit my parents who live right near my hairdresser. (Talk about convenient. A two-fer!)

Go to the beach with my family.

Get my nails done. 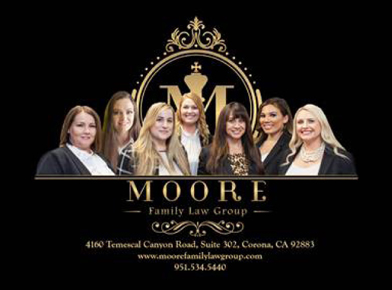 Readers, where is the first place you want to go? Share with us and give us ideas for our second place to venture to. We look forward to seeing everyone back in public, especially in this beautiful CA weather. 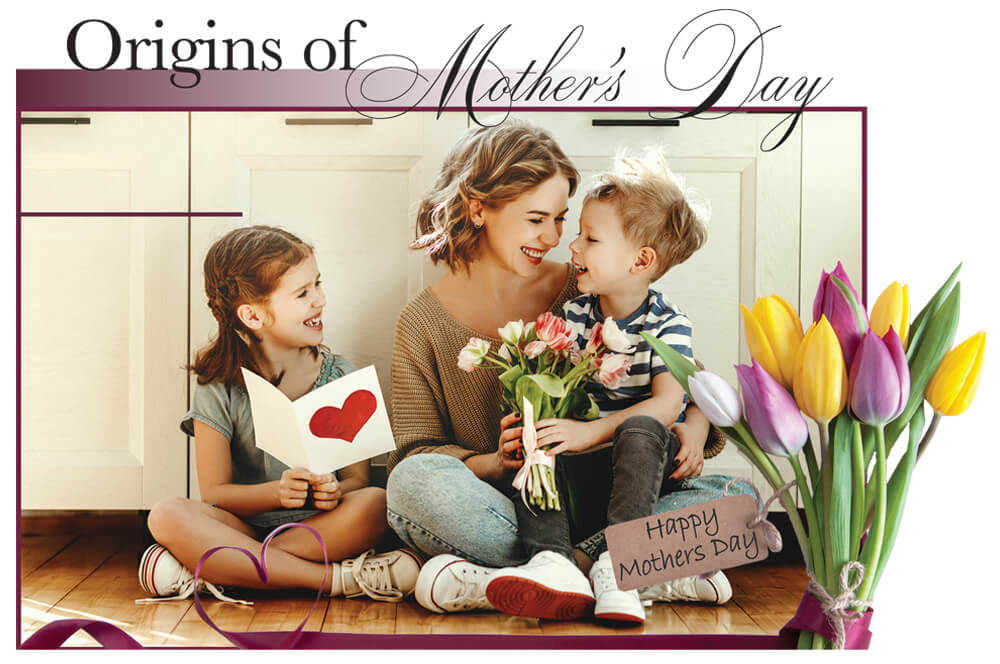 Our 28th President, Woodrow Wilson (1913-1921), has been penned the father of Mother’s Day. On May 9, 1914, President Wilson proclaimed the second Sunday of May, “a public expression of our love and reverence for the mothers of our country.” How did this come about? Did he simply love his own mother so very much he created a national holiday? Nope. That’s not it.

Well, maybe he did but the reason behind his famous proclamation was due to the mother of Mother’s Day. Her name is Anna Jarvis, a copywriter who started the movement that led to the President signing the proclamation. Following the passing of Jarvis’ mother, she sent hundreds of carnations to a church in her hometown of Grafton, W. VA., in honor of her mother. On that day, she held a celebration in Philadelphia where she resided that some consider the first Mother’s Day celebration.

It so happens that Jarvis’ mother, a Sunday School teacher and anti-war activist, had her own ideas about honoring mothers. Her idea dates to 1876 when Jarvis overheard her mother praying after teaching a lesson, in part praying that one day someone will create a memorial mother’s day commemorating [mothers] for their matchless service [they] render to humanity in every field of life.

When Jarvis’ mom passed away, she pledged to fulfill her mom’s dream. Elder Jarvis has her own claim to fame for the initial idea of Mothers’ Day. The trivial question has been, do we honor just our mother (singular) or all mothers collectively? Elder Jarvis may have felt the plural form (mothers’) was to be celebrated while today we celebrate Mother’s Day (singular).

There was some purity behind the idea of Mother’s Day when the Jarvis ladies prayed and then put the plan into action.

When the holiday went national, Anna Jarvis spent many years defending it from commercialization. It was sentimental, meant to be a day to honor moms for their domesticity and sacrifices within the home. Jarvis could not accept the modernizing of motherhood and became obsessed with maintaining the purity of her mom’s idea. She greatly disliked there was a “father” of Mother’s Day!

A less famous intro to a similar celebration took place even earlier in 1872. The author of the famous Battle Hymn of the Republic, Julia Ward Howe, also an anti-war activist, promoted a “Mothers’ Peace Day” to promote global unity and peace.

Anna Jarvis, however, claimed both intellectual and legal ownership of “Mother’s Day” and the many years of struggle trying to control the holiday from corporate commercialization took a great toll on her physical and mental health as well as her livelihood. She died penniless at 84 years old despite the many opportunities her semicelebrity status could have brought her.

Who would’ve thought behind all the jewelry, brunches, flowers, and cards, there is a little-known dark side of Mother’s Day?

In 2017 and 2018, Mother’s Day spending exceeded $23 billion. This writer finds great sentiment in Jarvis’ effort, but in contrast if we can spend on anyone to show our gratitude for their love and sacrifice, our (collective) mothers (plural) definitely deserve billions.

Everyone at MFLG hopes that all mothers enjoyed a day of love and happiness. Brunch and flowers would be great too!

Q: Can I prohibit my child from being in the presence of his mom/dad’s new boy/girlfriend?

A: You can most definitely ask the court, but you will need to provide some strong supporting reasons for the court to make such an order.

If you have been separated or divorced for a long time, let’s just say a year for the purpose of this scenario, and the other parent has been living with the boy/girlfriend for most of that time, you should make sure to have some convincing reasons why it would be detrimental to send the child(ren) there, or stop sending them there. Have you allowed it for any length of time? Why was it okay? Why should it stop?

Now, if the other parent is in a new relationship, or goes through so many paramours that you can’t keep up with them, you may find it easier to convince the court that it is too soon and very confusing to be around a new man/woman every time they see mom/dad – even if the new mate is referred to as “a friend” or “an aunt or uncle!”

Remember that the judge will make orders based on the best interest of the child(ren). Also, when asking to limit the other parent’s custodial time, think about what the other parent might say about you and who you spend your time with.

Most importantly, think about how your child(ren) will feel or react when their time with the other parent is pulled back. Consider asking for visitation without new boy/girlfriend around for a certain amount of time. Are your terms realistic or purely because you despise the other parent, or are jealous of a new relationship? Consider requesting the other parent enroll in co- parenting with you to learn from a third-party expert on how to handle the introduction of a new significant other. There may be a time you decide to start dating again and want the other party to trust your decisions about the introduction to a new love. There are many ways to navigate this tricky situation. MFLG can help you figure out the plans and present a comprehensive pleading to the court indicating what is in the best interest of the child(ren) or mediate a parenting plan. Call us to see what options will work best for you. This month there is a $1,500 reduction in the retainer fee to get started. Mention this article. (951) 463-5594.

Moore Family Law Group has a new Rock star in the office!

Jennifer is an experienced family law paralegal who joined MFLG in February.

Jennifer has been a Paralegal in family law for 5½ years. Before joining her first law firm, she volunteered at self-help centers where she learned how to deal with different client personalities. Jennifer has worked in the Domestic Violence Center at the Pomona Courthouse, helping victims file restraining orders. She has learned to prepare for the worst and hope for the best.

Jennifer is married and has a two-year-old son. She enjoys listening to positive encouraging music and playing the piano.

When she is not working, you can find her playing her music, spending time with her family, hiking, traveling, and shopping.

Jennifer has an associates and bachelors degree in Legal Studies from University of La Verne and a Paralegal Certificate. You are in good hands with Jennifer on your team. 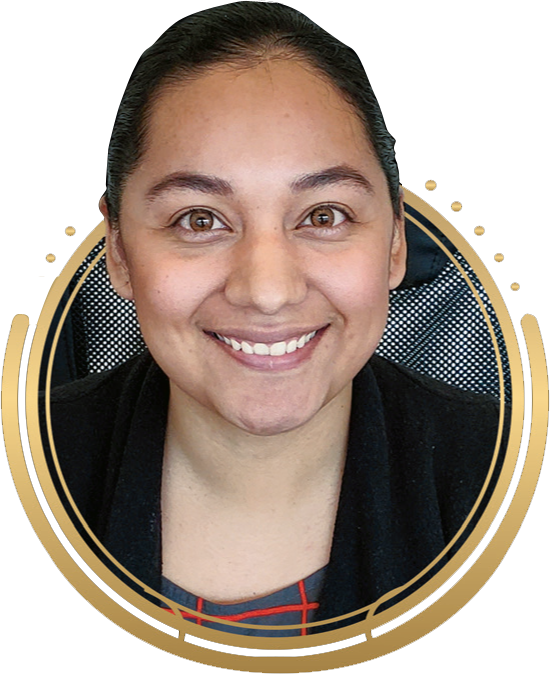 During financial hardships, our financing option has helped hundreds of new clients get started. It is especially important when your issues need immediate attention and court remediation. Financing is a unique service rarely offered in law firms. It is possible to start with ZERO down and payments as low as $175 per month.

Call our office to discuss financing and take a quick five minutes to see if you qualify without affecting your credit at all. If you know someone with family law issues, let them know about this opportunity.

Mention this newsletter article for $1,500 off the initial retainer. Call (951) 463-5594 or email us to discuss financing and other options to get you started today.