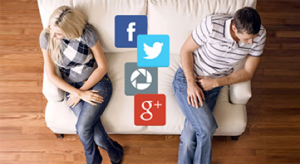 Social media has had a large impact on our daily lives.  This impact has a large effect on family law.  Social media relationships are the cause of a large percentage of divorces in the country today.  But besides causing divorces, how does social media come into play in our court cases? You’d be surprised.

Increasingly, social media information has become valuable in family law cases.  It can be used as a basis to assert claims of cohabitation, challenge custody, address spousal support, prove harassment, etc.  Family law attorneys have exponentially increased their use of evidence collected from social media in the past 5 – 10 years.

California law allows discovery of information that is not privileged and that is “reasonably calculated” to lead to discoverable evidence.  Just because your accounts are “private” does not mean that they are privileged.

The frequent use of cell phones and text messages are equally problematic.  Text messages often sent in anger to the other party are frequently used in court.  Something sent in haste can have a lasting impact.  Any written communication between two parties can be used against one of the parties.  They can be used to prove or disprove any number of things and text messages of one party threatening the other have been used to obtain restraining orders.

No matter what kind of family-related dispute you are in, it is important to remember that your online presence could be scrutinized by the court.  Parents have lost custody of their children because of posts and activities on social media or text messages to the other parent.

Social media can also provide intimate details of a party’s current standard of living, which can be used against them in child and spousal support cases.  Linked In accounts can show earning capacity and ability to seek employment.   Online dating profiles can be used to show intent to separate and may affect your date of separation.

Here are a few examples:

If your children are with you for the weekend but you post pictures of you drinking in a bar, this could be used against you.

If you claim you cannot afford to pay child or spousal support but post pictures of the new car you bought or the vacation you just went on, this could be used against you.

If you claim you couldn’t exercise your visitation because you had to work but post pictures of you out with friends having a good time, this could be used against you.

Inappropriate posts by your minor children could be used against you.

Updating your status to married could be used against you. 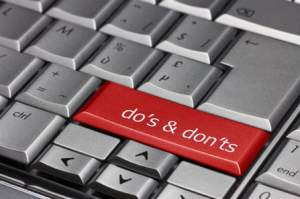 During a disputed court case, here are some things to consider:

No post-separation vacation photos or photos of you smoking a “bong”.

When you are involved in a legal dispute, social media can do more harm than good.  It can adversely impact decisions made by the court.  It can turn from a fun way to pass the time into a difficult challenge to overcome in court.  It is much harder for things to remain secret in the information age.