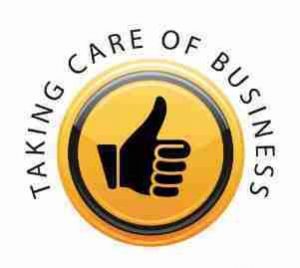 So we have been MIA on the blog-o-sphere lately. Moore Law Group has been crankin’ busy, and, of course, servicing our cases comes before blogging. However, a recurring theme has come up numerous times in the past several weeks, which warrants a pause in the madness to write about. It’s “taking care of your business.”

This author is the first to admit that I will put off a dentist appointment until my teeth are falling out, or wait until the last second to pay a bill. However, the justice system is a no-holds-barred, take-no-prisoners, no-excuses type of system, and if you don’t take care of your business, it will likely cause you a great deal of money, anxiety, and irreversible harm in the future.

Here are three examples:
Example 1:  Two people unexpectedly conceive a child. Father is shocked and doesn’t understand how he could be the father, given his inability to have children. He silently questions whether he is the father, but he decides to let it go. Now the child is 7 years old, and father learns he is not the father.
The Law: You can only request a DNA test until the child is 2 years old. Once that time period passes, and if you are involved with the child in any way, you may be considered the “presumed father,” and you may be held responsible for the child monetarily until they are 18 years old.
What father should have done — rather than sweeping his questions and instincts “under the rug” — he should have, at the very least, consulted an attorney to find out what the ramifications were of not verifying that this was his child, and even better, request a DNA test right away.
Example 2:  One parent says they are going to stay in another state for a few months. The other parent, believing the move is temporary, helps with the move and is amicable with the moving parent and situation in general.
The Law: A parent can move with a child if they either have permission from the court or consent from the other parent.
What the non-moving parent should have done is seek legal advice on the effect of a parent temporarily residing in another state. Even better, the non-moving parent should have put into writing that there was no consent for the child to move permanently out of state. Best thing to have done would be to seek an order from the court, stating that child could NOT move permanently out of state.
Example 3:  Parents conceive a child. Shortly after the child is born, parents agree that father will terminate legal rights to child. Mother says she files the paperwork that states father has no rights or responsibilities to the child. Then 23 years later, mother comes after father for nearly $200,000 in child support. Father has not seen or heard about child in 23 years and believed all rights and responsibilities were terminated.
The Law: child support is enforceable FOREVER. There is no statute of limitations, and no penalties for delaying enforcement. Absent a valid court order terminating father’s rights, he is entirely responsible for the child.
What father should have done was seek a copy of the court order terminating his parental rights immediately after mother represented that it was filed. If so, he would have realized that such an order was never filed, and he could have prepared and filed one himself. That tiny act 23 years ago would have saved him $200,000.
If you find yourself with legal questions, or you’re just not sure how a set of circumstances can affect you in the future, pick up the phone and call a lawyer. In all of the examples above, had the people sought legal advice immediately, they could have had answers in 10 minutes or less and saved so much in heartache, attorney’s fees, and time.
Moore Law Group is always willing to answer questions or do complimentary consultations. Have a question or issue? Just call!
The following two tabs change content below.