March 2020 Newsletter – The Scary Side Effect Of Sharenting

There has been a recent story in the news about a child named Quaden Bayles and his mother posting a video of him extremely upset about being bullied at school. A CNN article then analyzed whether kids have a right to privacy in this new territory of social media. The article talked about our generations’ proclivity for “sharenting”, where they share even the worst moments of their child’s lives on social media. Parents are posting pictures of their autistic children having a meltdown, videos and pictures of kids being upset at the doctor or sick.

Personally, I know I see at least one picture a day on social media of a sick child posted by a well-meaning parent. In this writer’s opinion, we won’t know the true lasting effects of this “sharenting” style of parenting until another decade or two. However, what I can speak to is the possible effect that this has on a family law case. We have written about social media before and how it produces some hard evidence (or some real problems, depending on which side of the case you are on), but hopefully most people with common sense will recognize that you shouldn’t post pictures of drug use, hard partying with your kids, or anything else that may be used against you in court.

What parents may NOT be thinking of is the well-meaning “Johnny is sick again” posts with a picture of poor Johnny on the couch with glazed eyes and flush cheeks. These can be used against you in court in a heated custody battle where the health of the child is at issue. This may surprise some who have been fortunate to never have been in a custody battle, but it is extremely common for the child’s health to be at issue for what most would consider a “healthy child.” We are not talking about a special needs child. We aren’t talking about a chronically diseased child. This is about an average healthy child getting garden variety colds, fevers and the like.

This can and has become a critical issue in some cases. One case in particular, the mother continually posted pictures of a child that was always sick while in her care. The child was mostly healthy while in the father’s care. The mother alleged that the child was sick too often to be able to be cared for by anyone but her. With the pictures and posts that SHE herself posted on social media, we were able to show the judge that either something was unhealthy in mother’s home environment constantly making the kid sick, OR mother was manufacturing a sick child just so she could say that the child could not go to the other parent’s house. Either way, this was terrible for the child. This did not go well for the mother.

Lest you think this just applies for those who are currently embroiled in a legal case, think again. Often times what you post while you are still married or together with the other parent can still be used against you later, and if that doesn’t cause you enough pause, as the CNN article points out, think about your child in 10 years. Will THEY be okay with their worst or most vulnerable moments being broadcast on social media?

Morale of the story: Be intentional, thoughtful and careful about what you post on social media. 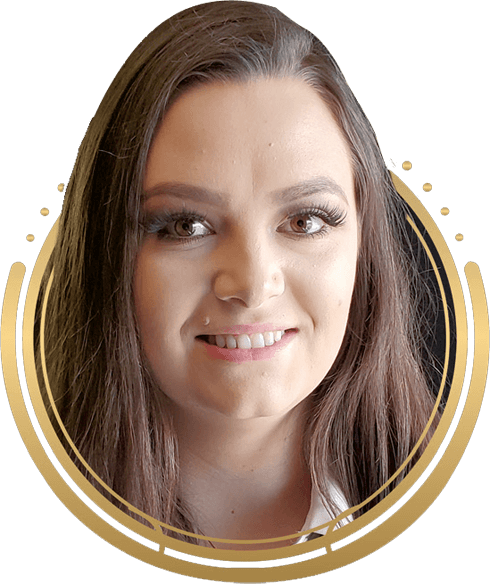 MFLG is happy to announce that Cambria Goodman has joined the team as our Legal Receptionist. Cambria has been with us since December 2019 and has earned her Rock Star status. She has proven to be very welcoming and caring to our clients and visitors, as well as a real team player.

“Cam” has five years of clerical and customer service experience. She genuinely enjoys helping people. In her free time, she loves doing anything active and adventurous such as hiking, and biking at the beach with her amazing boyfriend and dog, Mila. 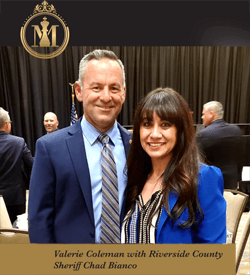 MFLG has been a frequent sponsor of various events, but is making a serious effort to increase support in organizations that give back to the community.

MFLG holds a special place in its heart for first responders. In February, MFLG proudly sponsored The Riverside County Sheriff Deputy Relief Foundation. We attended their heroic yet humble awards banquet that honored many deputies and law enforcement who gave or put their lives on the line for citizens; and for other excellence in service. A courtroom Deputy from a department our attorneys frequent quite often was awarded! We are so thankful for all the bailiffs and law enforcement officers who are there day in and day out to keep our legal staff safe and our clients safe while in the courtroom.

RCDSRF is a non-profit charity created to assist law enforcement families when a deputy is killed in the line of duty. Often times, a deputy’s benefits take months or years for families to receive funds and RCDSRF proudly steps in to assist during that crucial time. RCDSRF gets involved when a deputy suffers a medical emergency and needs immediate financial assistance. When a spouse suffers a tragic loss, RCDSRF takes the burden of funeral planning off the shoulders of a mourning widow/widower, as well as funds travel and accommodations to memorials to honor fallen loved ones.

RCSDRF is also there for the community by serving as victim assistance to citizens impacted by crime and disaster. Every year, RCSDRF gives four scholarships to help deserving teenagers with higher education goals. 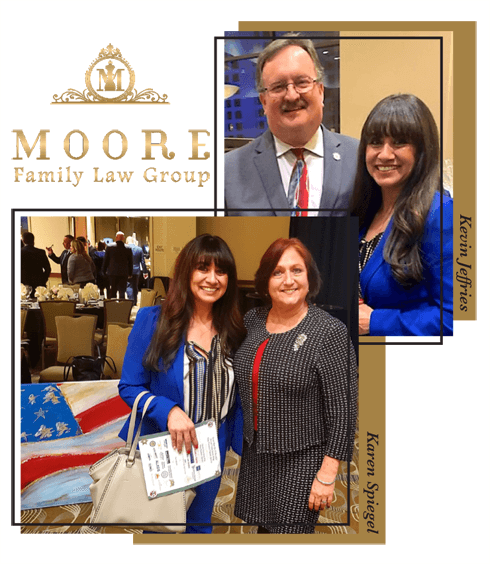 Generous donations from residents and businesses go towards those who daily sacrifice their safety or life for this community, families who lose loved ones on duty protecting us, and deserving community members. Call MFLG and get involved with RCSDRF along with us.  (951) 463-5594.

It is a Sheriff’s Dept event so the firm’s COO, Valerie, met Riverside County Sheriff, Chad Bianco, to commend him on his leadership.

Among other guests Valerie said hello to was Riverside County Supervisor, Kevin Jeffries, who was kind enough to have a chat over the upcoming election and respective newsletters!

MFLG is located is District 2 and our social butterfly (who knew?), Valerie, was honored to meet with our district’s Supervisor, Karen Spiegel** who won the patriotic painting in the background in the night’s auction. Not only is Ms. Spiegel classy, intelligent and extremely kind, she is very generous towards a good cause.

Q: My wife says she is taking half my retirement and pension. We’ve been married 8 years and I’ve been on the job for 25 years. Can she really get half ?

A: No, the court would not order her half of your hard-earned asset. As soon as you married her, you both started acquiring community property, which includes both of your incomes, vehicles, bank accounts, and your retirement and pension plan. If you haven’t heard of the term community property, here it is.

Community property: Anything acquired from the date of marriage to date of separation excluding gifts or an inheritance.

You can also make a purchase using funds earned prior to marriage that changes the characterization of the new asset. For example, you sold an old truck from prior to marriage and bought a dirt bike. Look at the source of money used to buy a particular item or investment in question.

Many assets require much more analysis and can get complicated especially when dealing with an adversarial spouse. MFLG can carefully analyze these assets for you to help you reach a settlement or argue the issue in court to ensure you walk away with what is yours. Contact our office to discuss how we can help you with property issues if you are considering or going through a divorce. (951) 463-5594 for a free consultation.

If you are an avid reader of MFLG’s newsletter, Mr. Bobby Spiegel, President of the Corona Chamber of Commerce, led our Grand Re-Opening’s ribbon cutting ceremony in November. Mr. Spiegel is married to the lovely Supervisor Spiegel (photo on page 5). 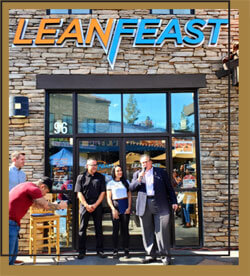 *Fun Fact: Ms. Moore orders Lean Feast regularly and they conveniently deliver her delicious & healthy lunches to our office as well as the firm’s healthy Thanksgiving feast in 2019.

Then, in February the firm supported Lean Feast’s Grand Opening of store #2 in Riverside where Bobby Spiegel spoke in support of Lean Feast’s owners, who opened their first store in the City of Corona. What a small world with BIG support of one another.

Lean Feast Riverside* is located in beautiful Canyon Crest. Stop by for a delicious and healthy lunch. 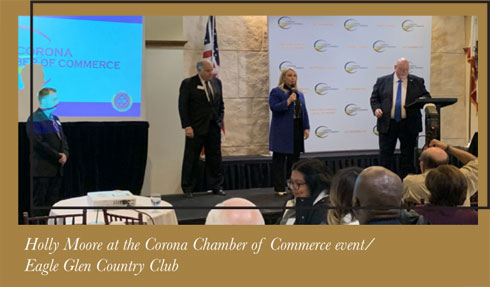 On January 17, Ms. Moore spoke for a minute (literally – ONE minute) at a Corona Chamber of Commerce event BUT…Mr. Spiegel is not pictured. Sadly, our 7 degrees of Supervisor Spiegel ends here for now! Hopefully it picks up again soon!